NBC Miami reports a trial date has been set for the mother of Heat star LeBron James, who faces battery and disorderly intoxication charges related to an alleged argument with a valet at a South Beach hotel.

Gloria James will head to trial on August 8 for the alleged altercation outside the Fontainebleau hotel on April 7, the Miami State Attorney’s Office said Monday

The 43-year-old is accused of slapping around valet Rockfeller Sorel after she allegedly became upset over the time it took to retrieve her car. 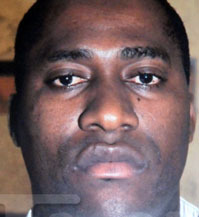 By the look of Mr. Sorel I cannot imagine him pressing charges because he felt threaten to the point his life was ever endangered.  Once he realized who she was, I think no one blames him for trying to make a quick dollar via the legal system.