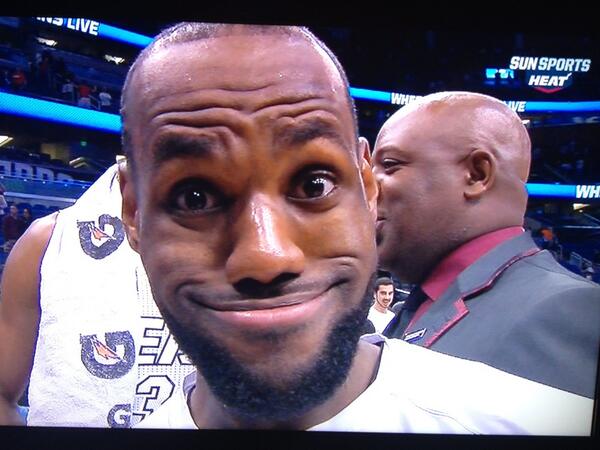 Part of crossing over from Superstar to Legend, is the bar that Lebron speaks of, becomes almost mythical. When people speak of Michael Jordan, you would think the Bulls never lost a game, Jordan scored 50 every night and never missed a game winning shot. When you are building your a legendary resume, people stop becoming rational.

LeBron is in a catch-22 situation, but it is better than the one he was in before. Before, because he hadn’t won a title, he had all this stress on him from people saying he was a great player that couldn’t win a championship. Now, that he has won a championship, anything less will be considered a complete and utter failure, regardless of the ridiculous numbers he is putting up.

But, that is what you have to deal with when you are slowly becoming one of those legendary player. There is a difference between being a star, a superstar and a legend. The two older legends in the NBA are Tim Duncan and Kobe Bryant. There are a few superstars scattered about, but LeBron is dipping his toe into the legendary group, but it is a slippery slope, he can’t lose a series against a Indiana or fail in the Finals.

The bar for LeBron isn’t just to be good or be an all-star, it is to be considering one of the greatest of all time. That bar at times comes with unrealistic expectations from fans and media. He has to accept that challenge head on, because that is legends do, they keep moving the bar higher, to places people didn’t think was possible.