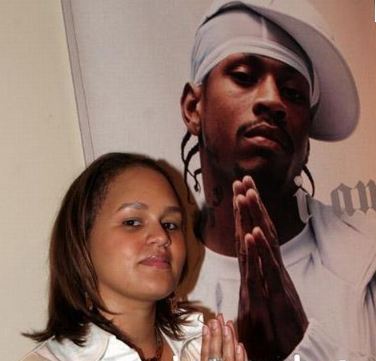 Allen Iverson announced his retirement a few weeks ago and everyone hoped the drama would be at a minimum going forward. But, Iverson Ex-Wife’s Tawanna doesn’t trust A.I. to pay his child support on time, so she has asked the court to make him pay her a lump sum of $1.27 million.

It came to a head in July when a judge threatened Iverson with jail, unless he forked over $40,000 in back support — which he did. But Tawanna says she doesn’t want to keep running into the same problem. On August 1st she filed docs asking a judge to make A.I. cover ALL the support through October 2026 (when their youngest turns 18). After the math, it comes to $1,272,000 … which Tawanna wants put in a trust for the children.

I don’t know if A.I. has that type of disposable income, but if he does it might be best to just hand it over, so he doesn’t have to fight this battle with Tawanna for another 13 years.