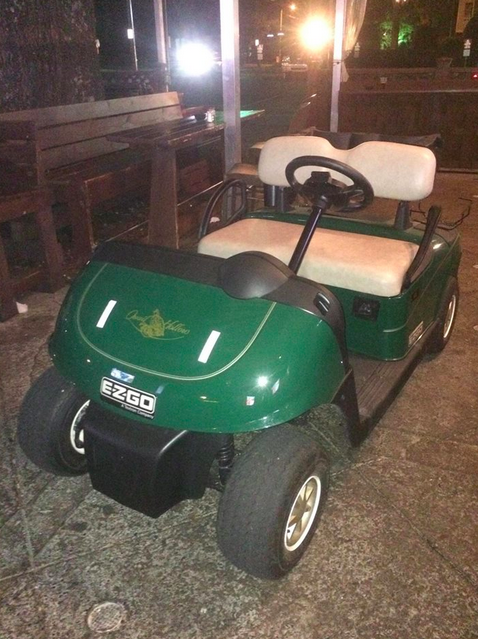 First off, if you’ve ever been to an actual PGA event, you know this series of events is entirely possible, although  how it happened with no arrests is beyond me.

TFM fills in the details:

According to multiple sources, two drunk guys stole a golf cart from the Quail Hollow clubhouse, drove it five miles north to Selwyn Pub, parked it on the bar’s front patio, and ordered two shots before abandoning the cart and leaving the bar undetected. The amount of confidence it takes to drunk-drive a golf cart five miles is remarkable (unless you’re actually playing golf, then it’s normal), but what’s even more staggering is that they managed to make it all the way to the bar without getting pulled over and arrested. As you can see on the map below, it’s impossible to make it all the way to the bar without taking major roads for a significant amount of time — especially when you’re cruising at 12 to 14 miles per hour. 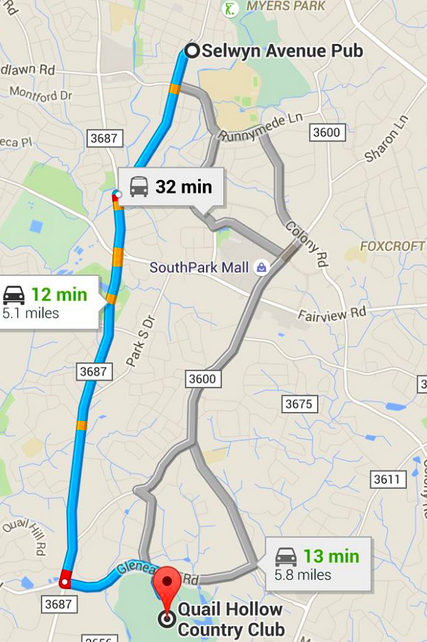 Here is the abandoned cart, with the Quail Hollow emblem on the front:

Apparently, officials from the country club showed up the next morning, said they were sorry, and took their cart back on a trailer.

And you thought golf was boring.