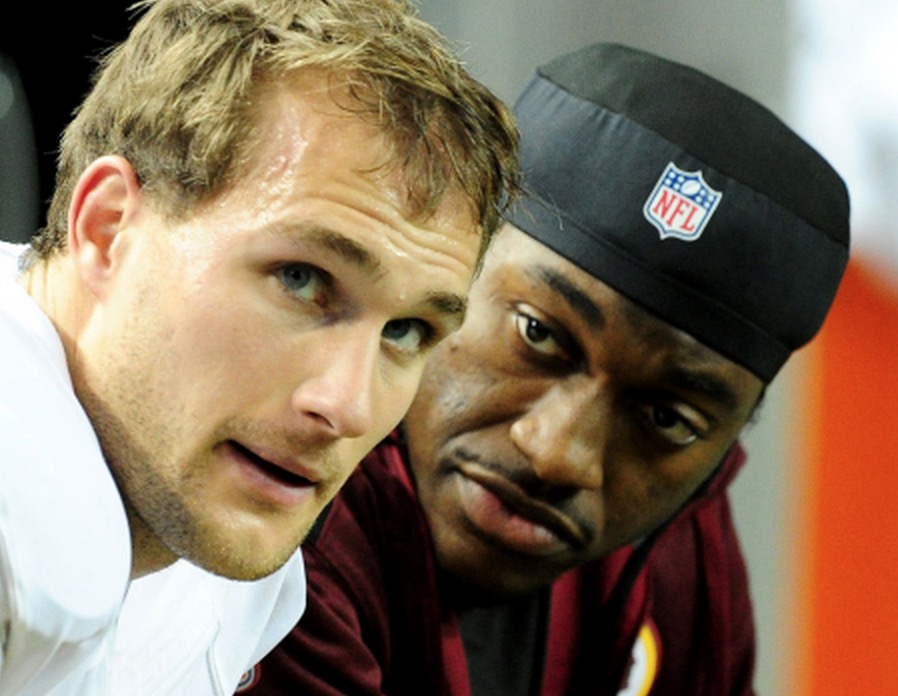 RG3 is just biding his time before they he can get the hell out of Washington. He isn’t bothering anyone, he hasn’t caused a fuss or been a bad teammate.

He has been very quiet and not done anything to distract the team. Kirk Cousins has done a decent job at quarterback, but the Redskins are still 5-7 in a horrible division, so it isn’t like he has set the world on fire, but Cousins gets far more support from the head coach and media than RG3 ever did.

RG3 decided to do some shopping before the MNF game and he took some pics with fans. It was virtually harmless and he obviously made it to the game in plenty of time, but DC media once again making a big deal out of it.

The earliest tweet mentioning Griffin’s presence in Tysons looks to be from 3:36 p.m., and the latest, a picture of Griffin and one Skins supporter, came out at 4:14 p.m.

According to Google Maps, a little over 30 miles lies between the mall and FedEx Field, no short trip for someone to travel considering the way traffic can be in this area. Seeing if this situation develops into nothing or something will be interesting to monitor.

There is nothing to monitor, the man went to the mall and then to the game. Would it had been any different if he went to dinner before the game?  RG3 didn’t even suit up, why did he need to be there at noon?

I don’t know if RG3 will ever match the success of his rookie year, but I do know he needs to get out of Washington to get an opportunity to try to make it happen.