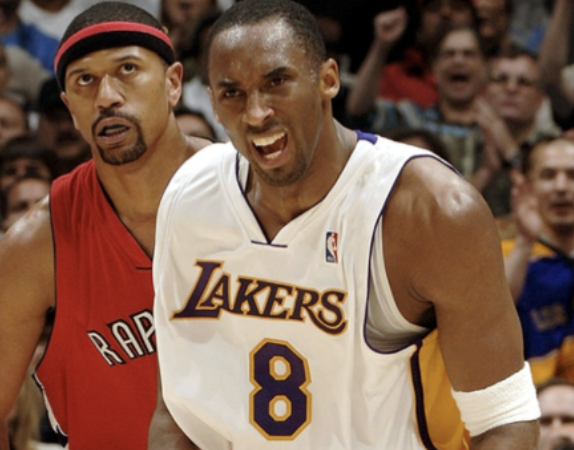 Kobe & Jalen Rose will forever be connected due to Rose being perceived to have been assigned to guard Kobe the night he went off on the Raptors for 81 points in a 122-104 Lakers victory:

Rose has found himself the butt of many NBA jokes & even had hilarious commercials made in mocking the signature Kobe performance.

While it might not always have been so easy to laugh it off, as time has gone on & the YouTube age has hit, Rose has gotten used to questions from fans about the viral moment.

Kobe & Rose got together to talk about the legendary game, and it’s pretty good stuff if you’re an NBA stan like I am.

Flip the page to see Kobe try to let Rose off the hook for the 81-points, & highlights of the actual game:

Prev1 of 3Next
In this article:81-point Game, Jalen Rose, Kobe Bryant, NBA, videos