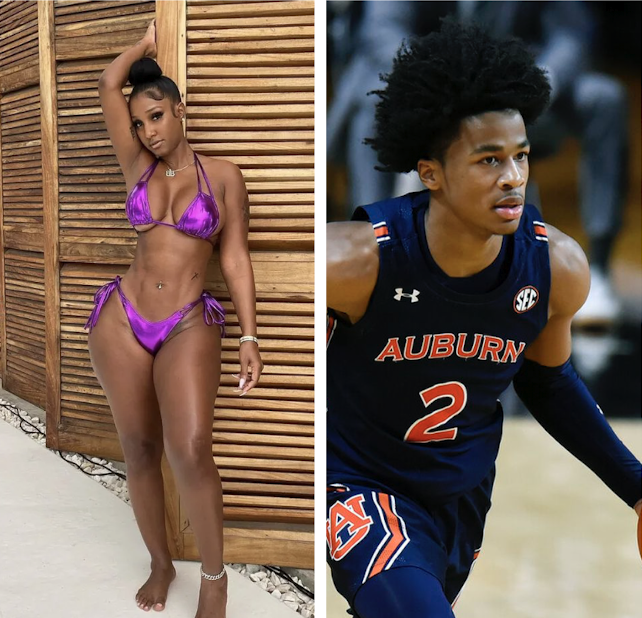 The annual NBA Draft took place last night which featured a lot of premiere talent including Jalen Suggs, Cade Cunningham and Sharife Cooper who many expected to be a first-round pick but slid into the second being drafted by the Atlanta Hawks with the 48th overall pick.

Coopers slide in the draft wasn’t the only story, apparently Instagram model Bernice Burgos had her eyes on the young 20-year old point guard. She posted on her Instagram story at Coppers draft party and she has liked a lot of his pictures on his IG.

If this is true, hopefully Cooper will reach out to Tyler Herro and PJ Washington about dating older women.

Bernice seems a bit too old for Cooper but that didn’t stop fellow IG model Brittney Renner (30) who recently just had a kid with Hornets forward PJ Washington who is only 22.

Bernice has been linked to many other famous celebs including Drake, T.I., Trey Songz, and even Young M.A.

Congrats though to Cooper on being drafted and lets hope he doesn’t get trapped like PJ was.

Flip the page to check out Burgos IG story at Coopers draft party and more pictures of the 41-year old model.

Prev1 of 4Next
In this article:Bernice Burgos, Headline, NBA Draft, Sharife Cooper