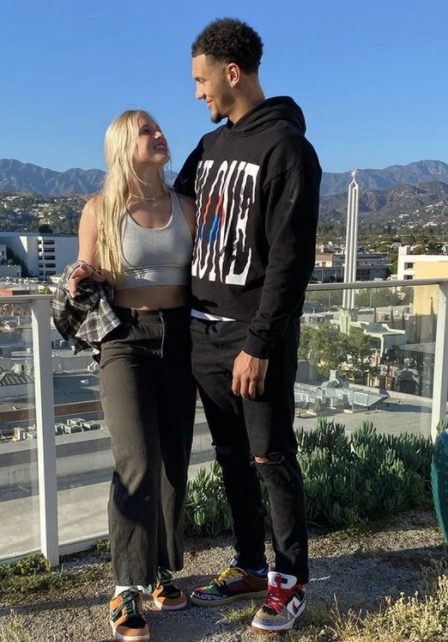 Suggs celebrated all his hard work last night with his baller girlfriend by his side. His girlfriend, Hailey Van Lith is a baller in her own regard. She is currently playing basketball for the Louisville Cardinals and could earn over a million in NIL money this year.