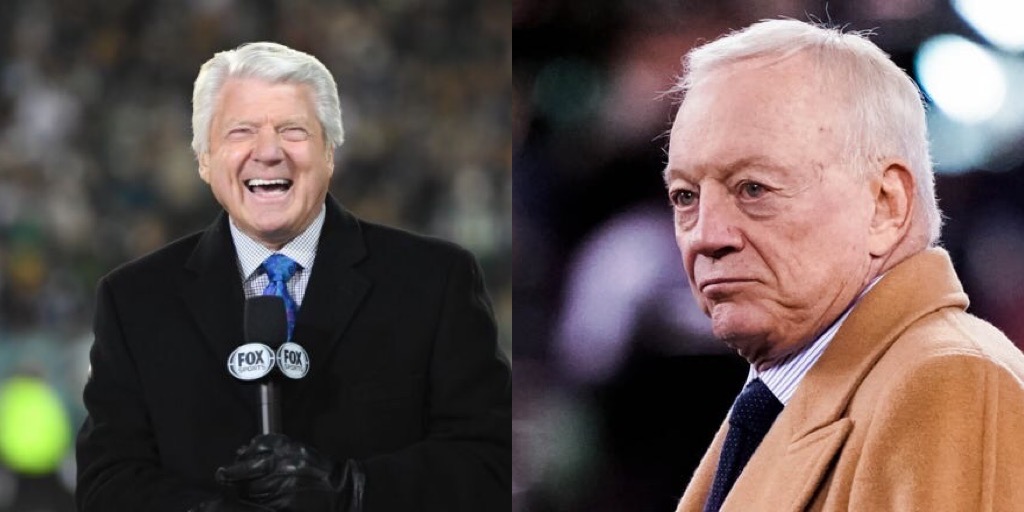 As a Cowboys fan, it’s good to hear Jerry Jones finally take responsibility for something that was clearly his fault.

In a press conference early Wednesday afternoon, Jerry Jones was discussing Jimmy Johnson’s exit from his role as head coach years ago and how Jerry feels he f**ked up the situation.

Jones recalled telling Barry Switzer how Johnson was gone and they were about to talk about the college football legend at Oklahoma becoming head coach of America’s team.

Switzer, as Jones tells the story, wanted nothing but to put the owner and his coach on the couch to figure things out.

Johnson was head coach of the Cowboys from 1989-93 winning three Super Bowls until he departed after feeling like Jerry wouldn’t let him do his job.

Johnson will be inducted into the Pro Football Hall of Fame in August.

Flip the page to watch Jerry’s emotional retelling of his feelings on messing up on bringing back Jimmie Johnson as head coach.

Prev1 of 2Next
In this article:Dallas Cowboys, Headline, Jerry Jones, Jimmie Johnson, NFL