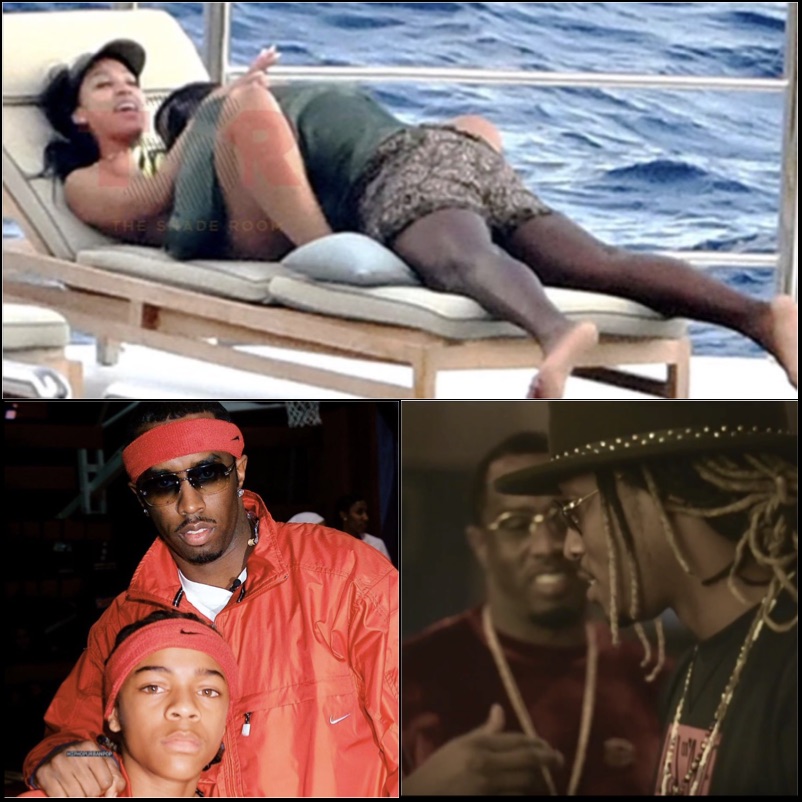 If there is one thing Diddy will always have, it is a young woman by his side.

They are a bit disposable to him because every month there seems to be a new one, and today’s contestant according to The Shade Room is none other than Future and Lil Bow Wow’s baby mama Joie Chavis.

It is a little strange considering Diddy was a mentor to Lil Bow Wow when he was like 10, but alas, that was a long time ago.

Roommates, summer may be officially over, but things are definitely still heating up between Diddy and Joie Chaves after they were spotted kissing and cuddling on his mega-yacht in Capri, Italy.

As you know, Diddy was out in Italy being a family man, celebrating his daughters walking in the D&G fashion show in Venice. Once the show was over, Brother love took his talents to Capri, where he and Joie enjoyed some quality time together. In the photos, you see Diddy & Joie laughing, cuddling, kissing, and speaking intimately while they enjoy their Italian getaway. As you know, Joie is the mother of Bow Wow’s daughter, Shai, and Future’s son, Hendrix.

Chavis has dated many men in the industry besides Future and Bow Wow, she has been linked to Yung Berg, Chris Brown, Tyga, Trey Songz, and, believe it or not, Rob Kardashian.

She was known for her dancing videos which had a lot of twerking in the choreography.

No word if Diddy or Joie, for that matter, is in this relationship for a long time or just a good time.

If I had to guess, I would say it is the latter, not the former considering he is also dating Yung Miami of the City Girls as well.
Flip the pages for all the sexy yacht photos of Joie and Diddy, plus a few of her dance videos that I think you would enjoy.