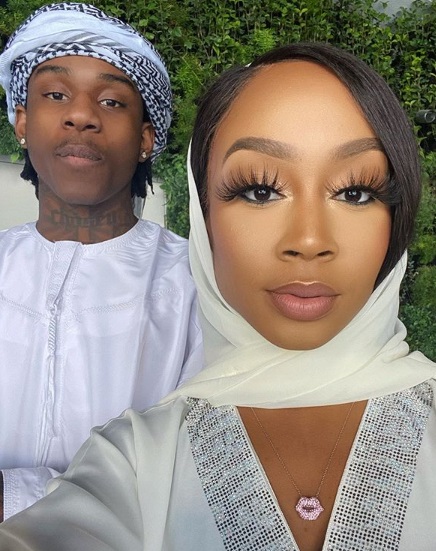 Polo G is dealing with some heavy baby mama drama.

Crystal Blease, Polo G’s baby mama, has been dragging his name through the mud on social media, telling her followers that the Chicago rapper treated her poorly, cheated on her, and revealing that she is now dating a woman who she claims is her soulmate. She also added that her new girlfriend ‘be doing the s**t she’s been begging for.’

Here’s what Blease said in one of her posts on Twitter.

“I was sitting there putting up with infidelity and my soulmate was a f*cking girl. I knew it,” wrote Crystal on Twitter this week. “Jazz be doing shit I been begging for, with ease. I ain’t coming up off her EVER.”

Blease raved about her new beau, hinting that the two are in a relationship.

Crystal has been linked with Polo G since early 2018, and the two share one son. She has admitted Polo has cheated on her more than once. Let’s hope the two can get on good terms for the sake of their son.

Flip the page to check out Crystal’s tweets.

Prev1 of 4Next
In this article:Baby Mama Drama, Crystal Blease, Headline, Polo G