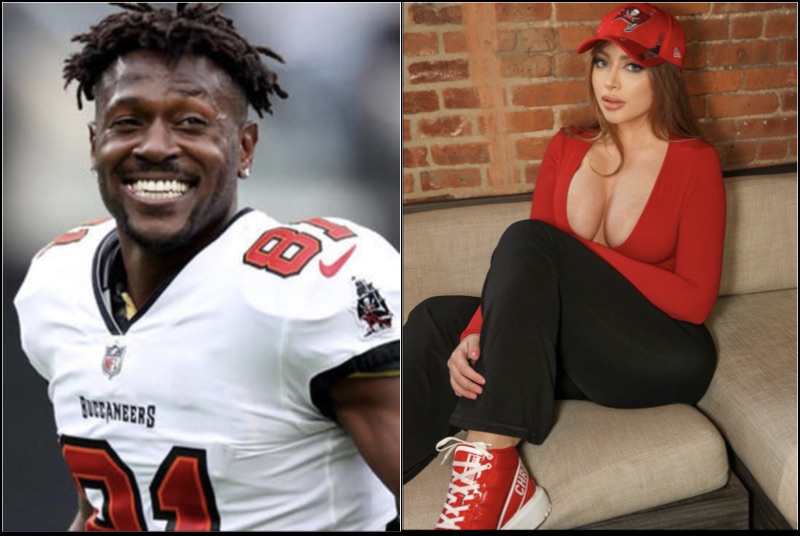 If you had a consensual sexual encounter with someone and less than 24 hours they were on a media tour talking about how you were a 30-second brother I can’t imagine you would be that happen to see them at the club.

I am not sure what Ava Louise thought was going to happen when she showed up at Antonio Brown’s club appearance, but it ended the way most people would have guessed with her being escorted out like Jazz on the Fresh Prince.

Former NFL star Antonio Brown seems to be holding a grudge against OnlyFans model Ava Louise after she exposed their hotel romp prior to his public meltdown during a game last Sunday. The athlete made his debut appearance at a nightclub Saturday night after the Buccaneers released him from their team.

Louise first shared a promotional post from Society Lounge in New Jersey on her Instagram that featured a picture of Brown to help advertise his appearance at the club. The model then posted a clip from inside the club with the caption, “Ready for round 2,” referencing what could have been her second meeting with the football player since the hotel incident. However, less than an hour later, she shared footage of a security guard who was leading her out of the venue, claiming in the story, “Of course ab [Antonio Brown] gets me kicked out.”

The former Bucs wide receiver refused to have her presence in the club after she told the public about what took place during their first hang-out session.

There doesn’t seem like there will be a round 2 or 3 for the toilet licking model, so she better milk everything that is left out of her 15 minutes of fame.

AB cleared waivers and is a free agent now. He is scheduled to have ankle surgery and states he plans to be back in the NFL next season. That seems to be a 50/50 proposition at the moment.

Flip the pages to see AB having Louise kicked out of the club.