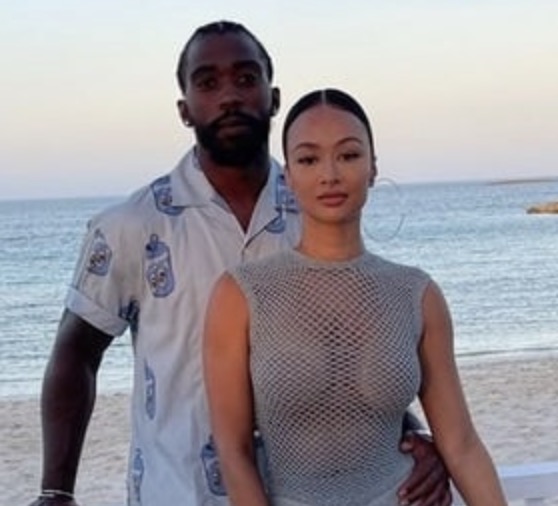 Tyrod Taylor has dropped a post on his Instagram Story, and it’s an indication that he and his girlfriend Draya Michelle are still going strong. It was Draya’s birthday, and Tyrod had to show her love on her special day.

Tyrod posted a photo of him and Draya and wished her a happy birthday. Awesemo:

Tyrod Taylor and Draya Michele are still a thing. The Houston Texans signed quarterback Tyrod Taylor to win games for them following the fallout with Deshaun Watson, but he quickly reverted to a more familiar role of the past three years.

Off the field Tyrod has much more Starter status, as his girlfriend is one of the Social Media game’s finest. Tyrod’s girlfriend is none other than Draya Michele. If you’re familiar with her work, you know Tyrod is winning big time.

They have kept their relationship really lowkey, which is probably why it has been successful. Draya has been in high-profile and toxic relationships in the past, so they didn’t work out.

Taylor’s football future is a little muddled at this time, but it appears he will have at least one suitor this offseason.

The Jets were listed as a “potential suitor” for Houston Texans quarterback Tyrod Taylor. The 32-year-old journeyman quarterback has been around the block playing for five different NFL franchises over the last 11 years.

During that time, Taylor has played in 78 career games and has started in 53 of those. He is the perfect backup quarterback that has a wealth of experience to share with a young passer and has obviously proven capable of stepping in a pinch when called upon.

The dual-threat ability is a nice bonus even at his advanced age. Taylor is also in the running for the best nickname ever given to a quarterback with ‘T-Mobile’, just brilliant. The veteran is in the last year of his deal ($5.3 million cap hit) and will be an unrestricted free agent in March.

Flip to the next page to see Tyrod’s post about Draya and her thirst traps.

Prev1 of 7Next
In this article:Draya Michelle, Headline, Tyrod Taylor