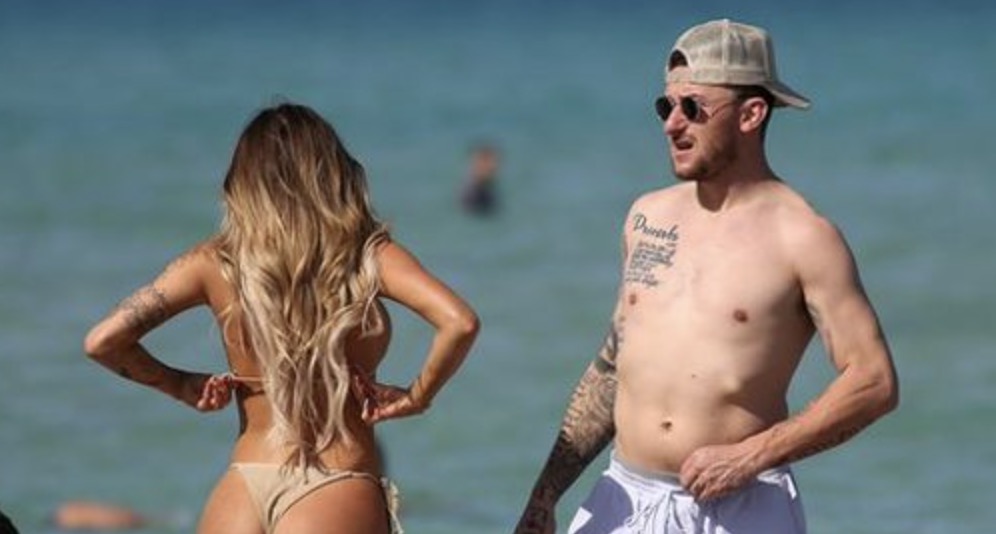 TMZ Sports has something interesting and juicy about former NFL quarterback Johnny Manziel and it has to do with Manziel hitting the beach with a bikini model named Kenzie Werner after Nick Cannon nutted into his ex-wife Bre Tiesi and got her pregnant.

The news outlet says that Manziel and Werner aren’t strangers and that “they’ve spent time together in Scottsdale in the past.”

Johnny Manziel’s training for his comeback in the most Johnny Football way possible … by hitting the beach with an Instagram model and throwing the pigskin!!

The 29-year-old ex-NFL quarterback touched down in South Beach this week … just days after he told TMZ Sports he’s returning to the gridiron for Fan Controlled Football.

Johnny certainly looks serious about the comeback … ’cause he brought along a ball as he caught some rays with a bikini-clad Kenzie Werner.

We’re told Warner and Manziel aren’t strangers — in fact, they’ve spent time together in Scottsdale in the past … and partied it up in Miami over the weekend.

They appeared pretty close on Tuesday … with Werner straddling Johnny as he held her up with his arms.

Johnny even ditched his shirt to play catch with his new lady … but don’t worry, she made sure he had plenty of sunblock by rubbing it all over his arms.

Manziel has given up on an NFL comeback and that is probably for the best because no NFL teams was checking for him anyway. He has stated in the past he was hurt that Tiesi left him and that it broke him, but he doesn’t look to be too broken up anymore, especially when Werner has her buns out.

He seems to be doing quite well. Will you be watching the Fan Controlled Football league? It is an interesting concept if you haven’t checked it out already.

Flip to the next page for photos of Manziel and Werner at the beach.