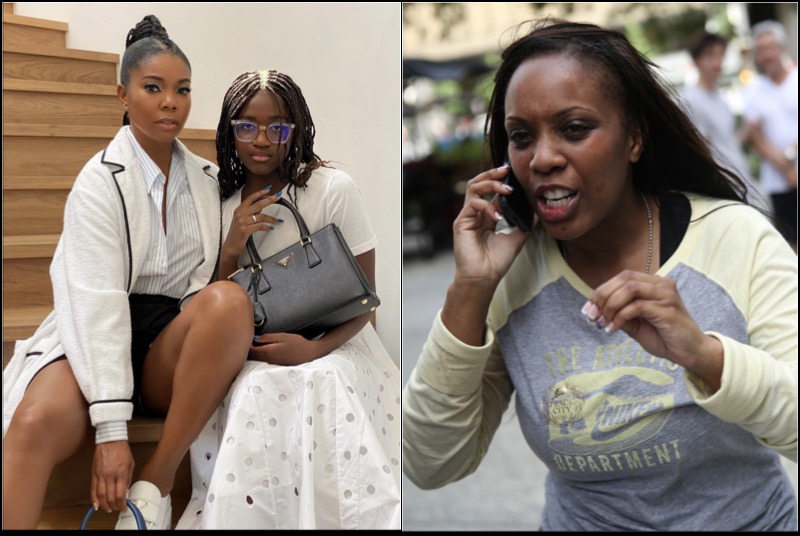 Zaya Wade has been honored for pride month with Gabrielle Union getting the credit as Zaya’s ‘parent’. According to MTO News;

The articles also refers to Zaya’s “trailblazing parents” – Gabrielle Union and Dwyane Wade. The article doesn’t mention Zaya’s birth mother, and the woman who raised Zaya from a baby – Siovaughn Wade, who is a prominent Christian pastor and podcaster.

Siovaughn has been noticeably silent on Zaya’s new public “coming out.” But it’s clear that Zaya and her mom still have a strong relationship.

During the interview, the 15 year old says, “There are genuinely people out there who think that you’re a kid, this is a phase, or you don’t actually know what you’re talking about. I know that I’m trans and it’s not like one day I just went, ‘I want to try out being trans.’ No. So just suck it up. We are who we are.”

Siovaughn Wade is involved in the kids’ lives but she is really mentioned by the mainstream media who often call Gabrielle Union her kids’ mom.

If you’ve followed Dwyane Wade’s off-court life for the past decade, then you may remember that he and his ex-wife Siohvaughn Funches, had one of the messiest divorces on record. Not only did the two fight over finances and who should get what as they dissolved their union, there was a nasty child custody battle.

Ultimately, Wade was awarded full custody of the two children he shared with Funches (Zaire and Zaya.) And, while we are not privy to the details of the most personal aspects of their lives, it didn’t seem that Funches got to see her children all that often.

In the months since Dwyane Wade and his current wife Gabrielle Union have shared Zaya’s gender identity, people have had questions about what Siohvaughn might think or feel about the way Zaya has chosen to identity and how Dwyane and Gabrielle have decided to speak about trans children in the public eye.