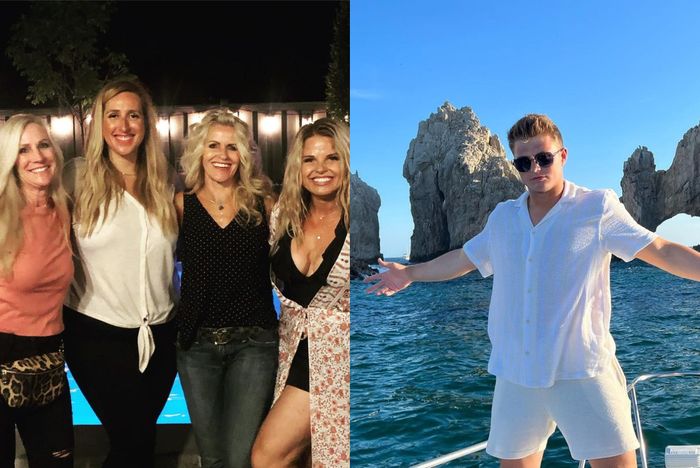 Zach Wilson was mute on Instagram following wild rumors that he had relations with his mom Lisa Wilson’s best friend but it seems he’s finally back to the gram as he subtly reacted to the wild rumors. His reaction is as if he’s got no idea what’s going on.

The New York Jets quarterback was back on Instagram on Wednesday after his name had been going viral for days over his ex-girlfriend exposing him for sleeping with his mom’s best friend.

“Took the boys to @gozzerranchclub in Idaho before camp! Poor cell service…what I miss?,” Wilson captioned his series of photos showing him hard at work.

Lisa Wilson, the mother of Jets quarterback Zach Wilson, has been fighting off a slew of internet detectives as they look for her to respond to the claims.

Lisa shared a screen grab of a message that questioned the media attention her family has received since Wilson was drafted second overall by the Jets last year.

“So I’m curious why the media is obsessed with your family?” the message read. “Is it bc he plays for the Jets of bc you live in Utah? There is literally 0 media coverage of the other draft players and their families and yet the whole media be watching everything y’all post or comment.”

Lisa then responded, “Hahaha who the hell knows. That is a very good question.”

These Mormons families are weird. There is a documentary on Netflix about it that I encourage you to check it out, it will blow your mind. Trust me I wouldn’t lie to you about this.

Flip to the next page to see photos Zach Wilson uploaded to Instagram and him not denying he smashed his mom’s homie.

Prev1 of 6Next
In this article:Abbey Gile, Headline, Lisa wilson, Zach Wilson