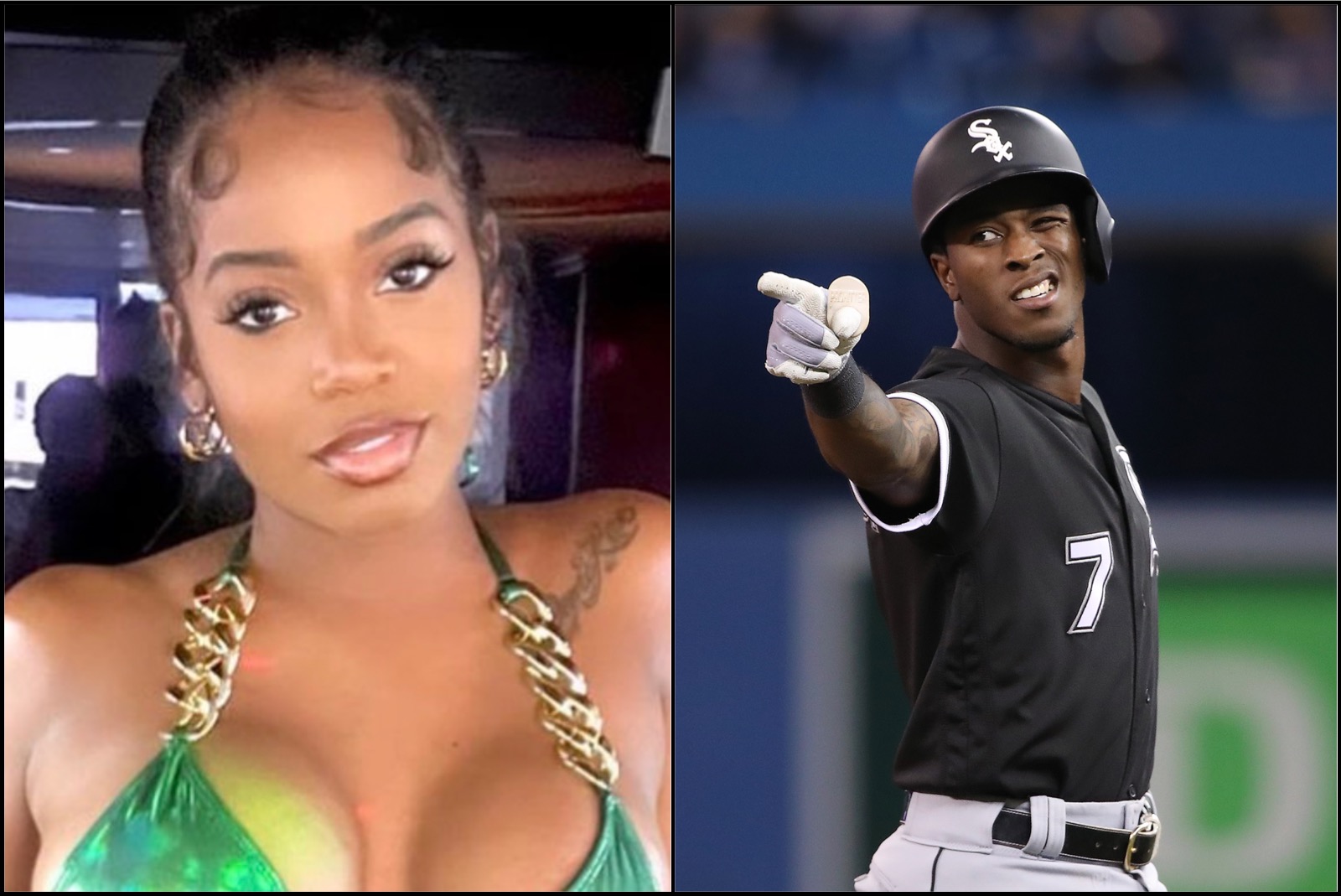 Things are getting messy! Tim Anderson’s alleged pregnant sidepiece named Dejah Lenae has gone to the extreme and gotten a tattoo of his jersey number 7 on her chest.

Side Action got the juice:

Anderson, a married man with two children, had some awkward side action made public on the internet. The White Sox star is allegedly the father of social media influencer Dejah Lenae’s unborn child. The news broke when Anderson suffers from a strained right groin injury that took the All-Star to the 10-day injured reserve list during what began as a great start to his season.

Lanee posted the star baseball player to her IG stories, she added the caption, “Baby Father,” with a black heart emoji.

The woman in question also called out Tim during All-Star weekend, she wasn’t too pleased that Tim showed up with his wife.

Now we’re learning she’s still smitten with Tim,  or at least his number. Not only does she have a tattoo of Tim’s #7 between on her chest, but she’s also naming the baby after his baseball number.

That also happens to be Tim Anderson’s Instagram handle.

Anderson had maintained a crystal clean image of being a  father and husband, marrying Bria Anderson in 2017. During their relationship, the pair has had two children, a daughter reportedly in 2016, and a second daughter in 2019.

This whole drama is likely to break up his marriage to Bria Anderson, but here is the thing he is never going to be with Dejah.

Someone needs to tell her this isn’t the flex she thinks it is. Having a married man’s name tattooed on your chest is like wearing a hat saying I have Herpes. It is nothing to be proud of.

For now, Anderson’s wife Bria is sticking by him. Lenae is adding insult to injury by saying she plans on naming the baby Sevn (a cute name but utterly embarrassing for her).

Flip to the next page to see Dejah Lenae’s tattoo…

Prev1 of 6Next
In this article:Bria Anderson, Dejah Lenae, Headline, Tim Anderson