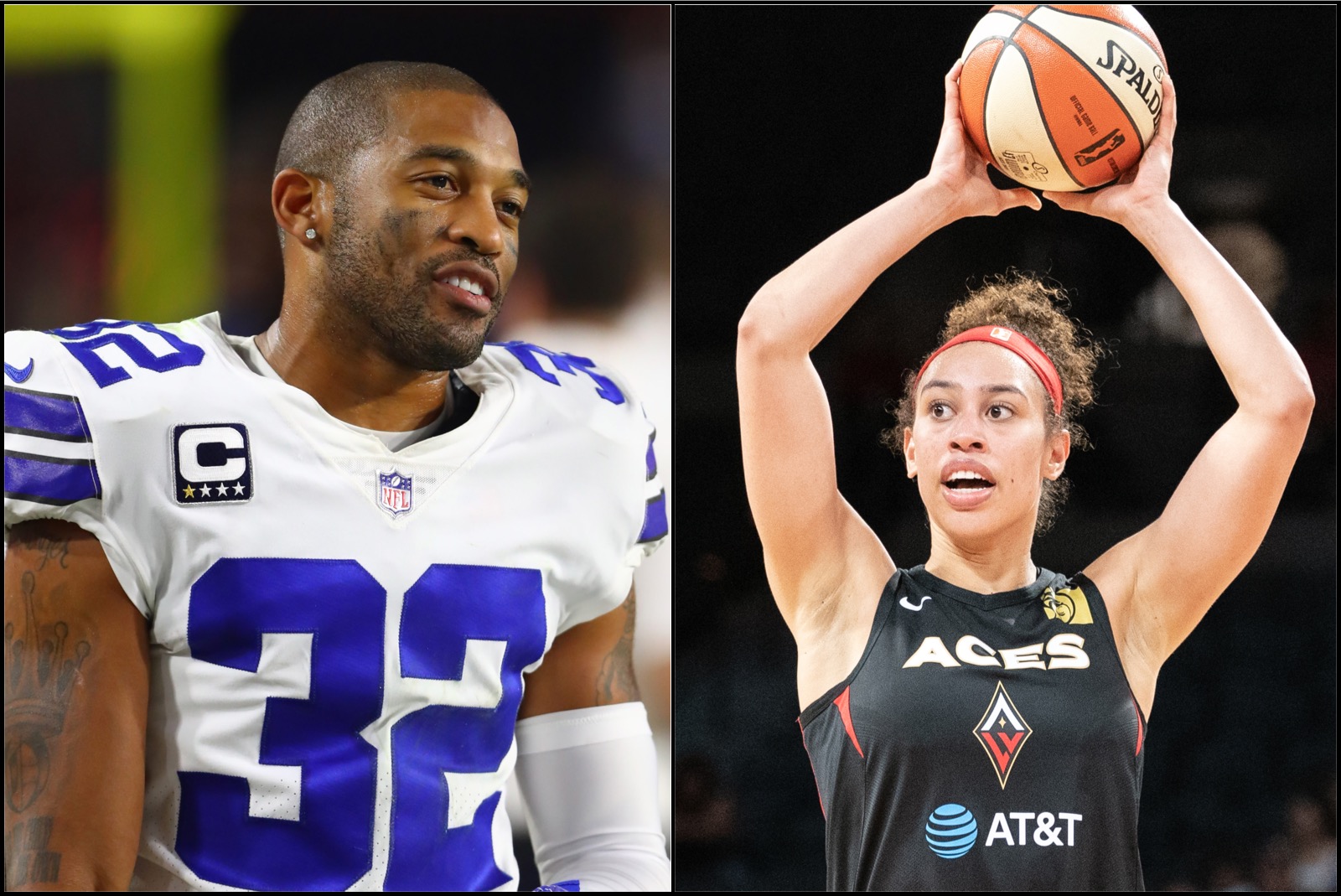 Dearica Hamby had a little extra to celebrate during the festivities around the Las Vegas Aces’ 2022 WNBA championship.

During the Aces’ championship parade, the two-time All-Star delivered a speech to the crowd, but things got interesting when the announcer said, “Give it up one more time for Amaya’s mom!”

Hamby delivered some more confirmation that night when she and her daughter, Amaya, appeared on the platform Togethxr’s Instagram Live. At her mother’s prodding, Amaya announced, “I’m having another brother!”

So it would appear Hamby took the court against the Connecticut Sun during the Finals while pregnant, though it’s unclear how far along she would have been.

The 28-year-old missed much of the Aces’ run to the final round due to a right knee bone contusion, but came back in time to play the final two games of the semifinals against the Seattle Storm. In the Finals, Hamby saw limited action, scoring seven points total in 44 minutes, but her presence was a needed boost for the 2022 champions.

When healthy, Hamby has been a key player for the Aces, averaging 11 points and 7.1 rebounds per game over the last four seasons. She earned back-to-back WNBA Sixth Player of the Year awards in 2019 and 2020, then back-to-back All-Star nods in 2021 and 2022.

He played college football at Boise State University and was drafted by the Dallas Cowboys in the fifth round of the 2008 NFL Draft. He has also previously played for the Kansas City Chiefs and Philadelphia Eagles.

Flip to the next page for more on the announcement.

Prev1 of 6Next
In this article:Dearica Hamby, Headline