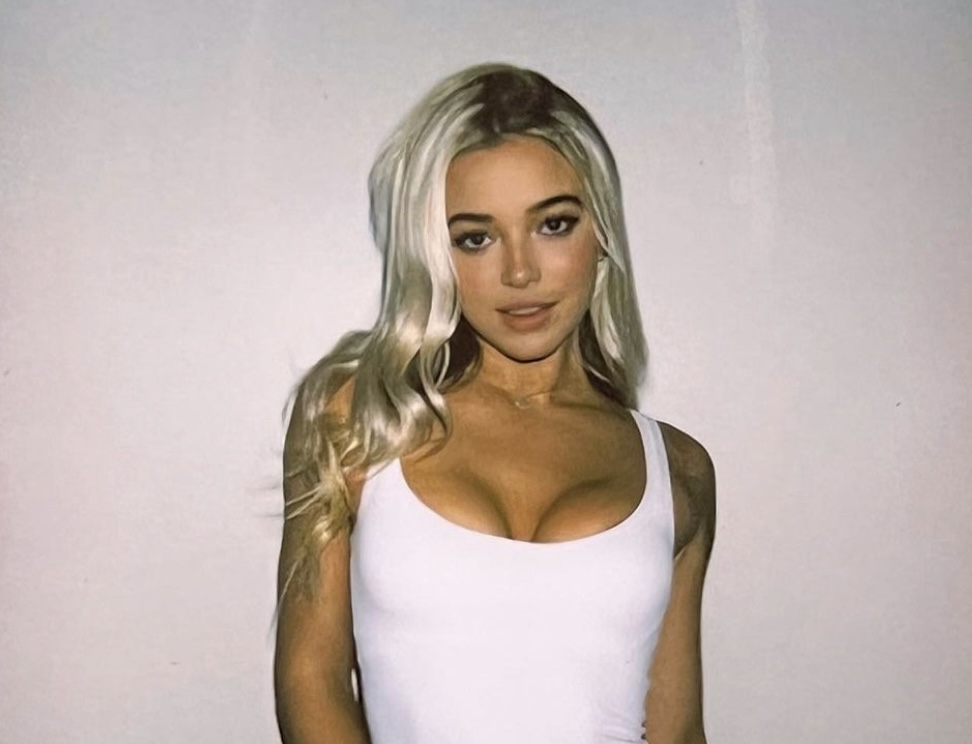 Gymnast Olivia Dunne has done it again, and this time around, she dropped photos of herself in a red bikini while roaming Jersey shores.

It’s obvious Dunne isn’t bothered about backlashes from old sports that she uses sexy pictures to rake in millions of dollars in endorsement deals.

According to The Blast;

The LSU gymnast brought some serious heat to her Instagram page when she shared a set of snaps of herself wearing a bold-colored two-piece. Dunne proved once again why she’s the “top-ranked influencer” as she showcased her chiseled physique and assets in a red bikini that perfectly suited her killer curves.

The 20-year-old radiated as she was photographed for the three-photo slideshow. She took center stage in the series, posing directly in front of the camera while standing in an open door of a house. Dunne exuded sultry vibes as she posed sideways while smiling and looking down.

The second slide saw the athlete planting her palms on the door frame as she lifted her left foot off the ground and bent her knee. Dunne angled her head to the right while closing her eyes and flashing a big smile once again. In the third pic, she struck another side pose, which gave fans a peek at her pert derrière. This time, the stunner looked into the lens while arching her back and popping her buns out.

Dunne’s swimwear accentuated her gorgeous glow. The scanty two-piece included a halter-style top with thin straps that looped around her neck, leaving her toned arms and shoulders bare for her audience to admire. It had a plunging neckline that exposed an eyeful of her décolletage and tiny triangle cups that had a tight fit, which enhanced her cleavage display.

Below, Dunne’s bikini bottoms were arguably even more risqué than the top half of her look. It displayed her curvy hips and shapely thighs thanks to its high-cut design. The garment also had a curved waistband that sat low on her hips, highlighting her toned midsection. As a result, fans were treated to a full look at the influencer’s taut tummy and ripped abs.

Dunne pulled up her blonde locks in a high bun, but with a few tendrils of hair falling over her face. For accessories, she sported two bracelets on each wrist, which was enough bling for her beach day attire. The babe also let her natural beauty shine as she ditched the makeup.

According to the geotag, she was at Mantoloking Beach.

In the caption, Dunne expressed her love for the place, writing, “@ jersey shore nothing compares🫶🏼”

The eye-catching series was met with a great deal of approval from her online audience, garnering more than 555,000 likes as of today. Additionally, more than 3,100 of them also took to the comments section to compliment Dunne on her figure, beauty, and bikini.

Prev1 of 8Next
In this article:Headline, Olivia Dunne