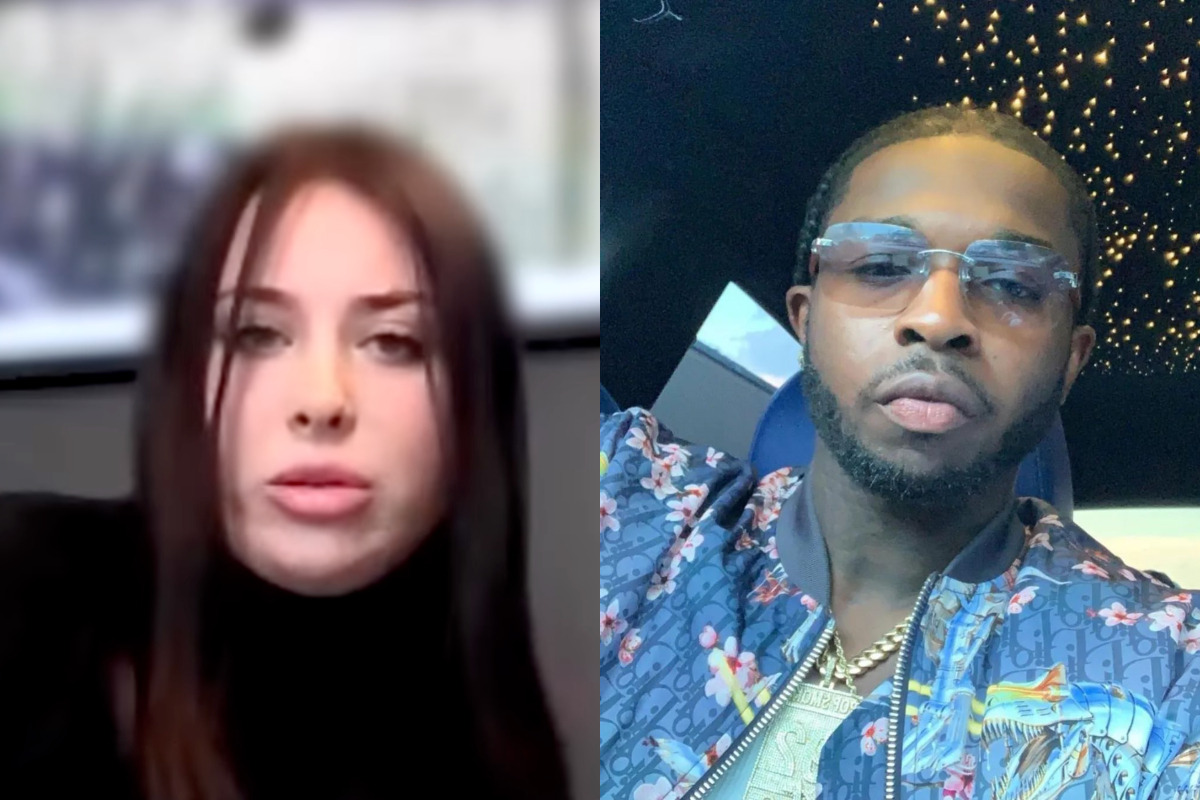 The woman who witnessed rapper Pop Smoke’s death has recalled his last words, and according to Amelia Rose, the rapper screamed “WHAT?” when he saw the gunman pointing a gun at him.

The woman who was with Pop Smoke right before he was murdered is publicly speaking out about the ordeal for the first time.

During a recent episode of WeTV’s Hip Hop Homicides, host Van Lathan spoke to Amelia Rose and got her to share the grueling scene she witnessed two years ago inside Pop’s home in Hollywood Hill. According to Rose, the alleged shooter entered the bedroom they were in on the second floor of the home and shot him while his associates robbed his home. She also recalled the last words the “Dior” rapper said to her before he died.

“Pop said he was going to upstairs,” she told Lathan. “I’m sitting on the bed, and I’m starting to take off my clothes, and he said, ‘Okay, I will come back.’ He was going to restroom. This is his last words.”

“And I hear some noise,” she continued. “The guy was in the mask and his gun was like, looking at me. His eyes make me so scared. They run to the restroom. Pop screamed, ‘What?!’”

Pop Smoke was shot and killed at around 4 a.m. on February 19, 2020. The rapper, born Bashar Jackson, was rushed to the hospital but was pronounced dead upon arrival. A few months after the incident, four people were arrested and charged with his murder including Corey Walker, 21, Keandre Rodgers and two minor teens whose names weren’t released because of their age.

Hip Hop Homicides is a new series produced by 50 Cent that digs deep into the murder cases of high-profile rappers. It’s currently streaming on WeTV and ALLBLK now.

The killers were able to get his location from social media, so please be careful showing your location.

Flip to the next page to watch Amelia Rose speak…

Prev1 of 3Next
In this article:Amelia Rose, Headline, Pop Smoke