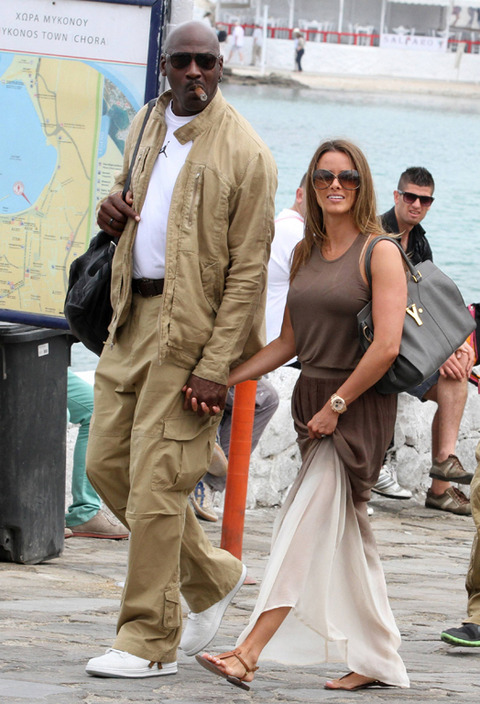 According to Gossip Extra, Jordan had a Vasectomy after he got divorce from his first wife. Smart move, considering many women would consider having a baby by Jordan equal to winning the lottery.

His new wife though has convinced him to reverse the procedure.

Gossip Extra exclusive: A source close to Jordan tells me His Airness agreed to undergo a vasectomy reversal at his new wife’s urging!

“That was part of the deal of them getting married,” said a source close to the Charlotte Bobcat, the NBA team owned by Jordan. “Yvette was pretty adamant about having children with Mike. He had the vasectomy as his first marriage ended.”

Here is something that I didn’t know.  Even if you get the reversal, there is only a 30-50% chance your “soldiers” can get the job done. Jordan is a gambling man, so maybe he is betting that his soldiers will be shooting like John Starks in Game 7 against the Rockets.

Of course there was a Seinfeld episode about this.