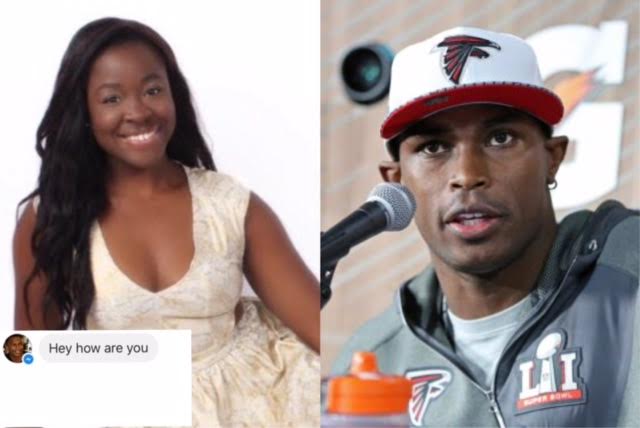 As the Falcons played in the Super Bowl last night one young lady was very sad. Not because of the score or the miracle Pats comeback; because she had a chance with Atlanta star WR Julio Jones in 2010 and curved him.

The DM I will spend my entire life regretting I ignored… pic.twitter.com/NXZEeZ9NrP

To be fair, the young lady had a pretty good excuse for curving the young Julio.

A career and grades are important but dating an all-time great NFL player and future 100 millionaire is hard to pass up.

Twitter had a field day in this poor girl’s mentions.

Prev1 of 6Next
In this article:DM, Falcons, Julio Jones, Melly, Super Bowl, Twitter