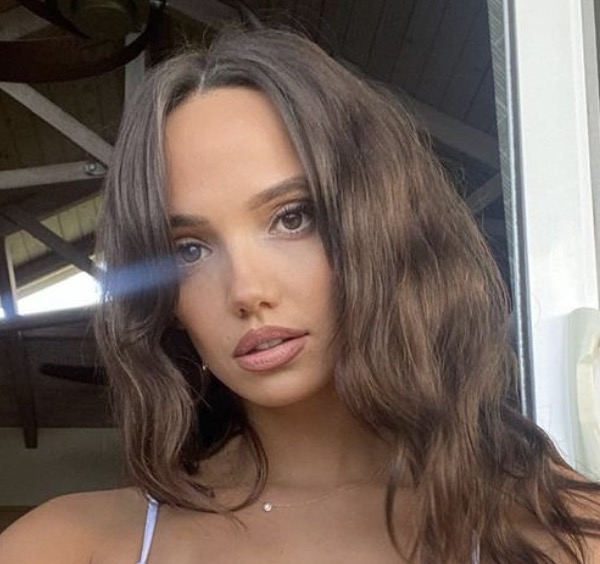 Social media star Sofia Franklyn has a way of grabbing the attention of the men she goes on dates with and making them think she’s got other men admiring her. According to Sofia, she sends herself drinks while on a date with a man and makes it look like it’s another man in the bar who wants her attention.

A woman has revealed her top tip on a first date that ensures she keeps her man’s attention – buying a drink for herself. Social media star Sofia Franklyn shared a video on TikTok which she captioned: “Men love some healthy competition.”

In the video, she explained her first date trick which makes him think she has other “options.” The plan is to trick the date into thinking another man has spotted her in the bar and sent her a drink to win her affections. LabBible reports she wrote: “When I ‘go to the bathroom’ and pay the bartender to send me an ‘anonymous’ shot so my date remembers I have options.”

In the comments section, Sofia admitted this isn’t her only first date trick – explaining she has also sent herself flowers on one or two occasions. Others took the opportunity to confess they’d pulled similar stunts in the past – with one woman admitting she’d asked a man to come over to her table and tell her how pretty she was during the date.

Another lucky woman said it had happened to her for real when someone genuinely sent her a drink – adding their date “was left shaking.”

You guys have to stop listening to IG Models for dating advice. This is a dumb thing to do and the reason a lot of women are single. If you like someone and you are on a date, just enjoy their company, there is no need for all the theatrics. This is why men get so frustrated with dating.

We just want to chill and have a good time, not go through the Squid Games to see if we are worthy enough for you.

Flip to the next page to see photos and videos. of Sofia Franklyn.

Prev1 of 5Next
In this article:Headline, Sofia Franklyn