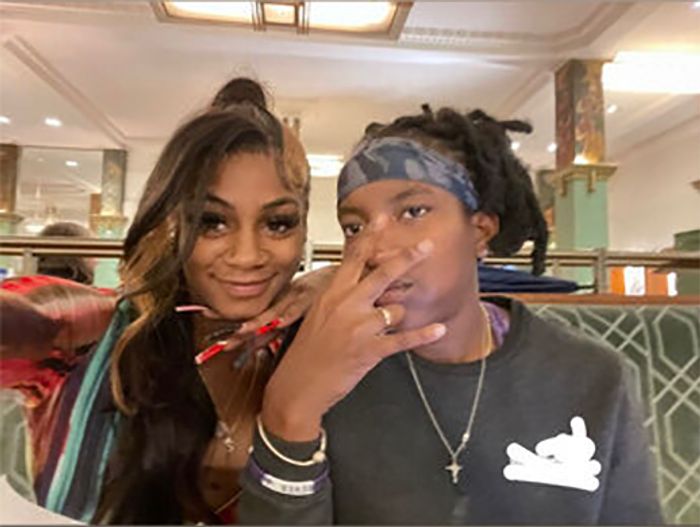 Olympian sprinter Sha’carri Richardson who came out two years ago as a gay has been dumped by her Jamaican sprinter lover and she’s revenging by exposing and pushing her to also come out as gay.

Who cares about the Jamaican female sprinter coming out publicly as gay? Well, no one and the only person interesting in her coming out is Sha’carri via MTO News;

Sha’Carri claims that she used to date top Jamaican Sprinter – and so she’s pushing her ex out o the closet.

According to Sha’Carri, her girlfriend recently dumped her, and she’s broken up about it. Shacarri wrote on IG yesterday, “I was in a relationship with a Jamaican athlete who never cared about me from the jump.”

The Olympian continued, “I was abused and stole from, yet protected her from the judgment of her country.”

And to get back her ex – Sha’Carri is exposing her Jamaican former lover. Homophobia is rampant in the Caribbean, and Sha’Carri is clearly trying to bring harm on her ex.

Wondering who Sha’carri Richardson is, here is what you need to know about her;

Sha’Carri is an American track and field sprinter who competes in the 100 meters and 200 meters. Richardson rose to fame in 2019 as a freshman at Louisiana State University, running 10.75 seconds to break the 100 m record at the National Collegiate Athletic Association (NCAA) Championships. This winning time made her one of the ten fastest women in history at 19 years old.

In April 2021, Richardson ran a new personal best of 10.72 seconds, becoming the sixth fastest woman of all time and the fourth fastest American woman in history. She qualified for the 2020 Summer Olympics after winning the women’s 100-meter dash with 10.86 in the United States Olympic Trials. On July 1, it was reported that Richardson had tested positive for cannabis use following her 100 m final at the U.S. Trials, invalidating her win and making her ineligible to compete in the 100 m at the Olympics. After successfully completing a counseling program, she accepted a one-month period of ineligibility that began on June 28, 202

Prev1 of 3Next
In this article:Headline, Sha'Carri Richardson