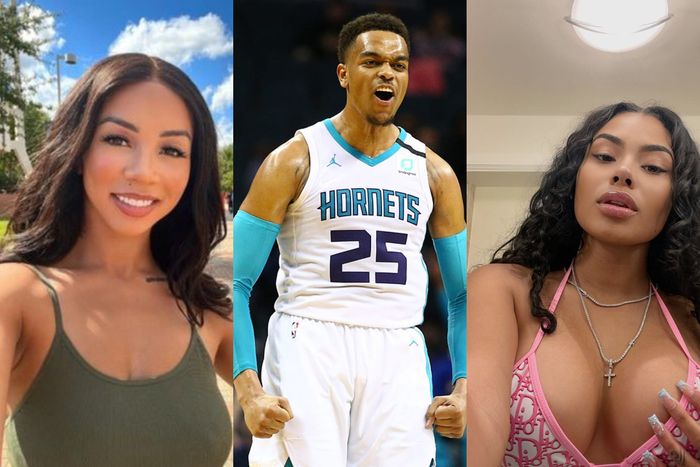 PJ Washington’s current girlfriend Alisah Chanel is on Twitter throwing shades at Brittany Renner for rocking PJ’s Hornets sweatshirt. Alisah doesn’t understand why Renner would have the balls to put on PJ’s sweatshirt after dragging him in the mud over their failed relationship.

Alisah thinks Renner has got no right to rock her boyfriend PJ Washington’s sweatshirt since she’s broken up with him and disgraced him on the internet.

Alisah Chanel is currently dating PJ Washington and she seems uncomfortable with Brittany Renner trying to make a point that PJ is still her baby daddy and can have access to him anytime she wants.

Trust Brittany to also hit back at Alisah Chanel for throwing a shade at her over PJ Washington’s Hornets sweatshirt. According to BSO;

Chanel and Washington are both romantically involved with Chanel even spotted wearing his jersey. While its still unsure if Alisah was the woman he was cheating on Renner with, he and Chanel seem to have hit it off at the moment. For how long though remains to be seen. Will Chanel also get the same baby mama treatment as Renner or can she finally rein in Washington’s thirst for lust.

While Renner is currently said to be single, reports had sprung up of her seeing married Kevin Gates. However, with those having died off pretty quickly, Renner is still available if you want to shoot your shot and are able to cope with the apparent craziness she brings to the table.

“I cried almost every single day for months because not only was I embarrassed, I was so disappointed in the person I believed in. To be thrown to the wolves with tweets saying I was faking it all along was the most hurtful thing about this whole ordeal. I’m a lot of things but A LIAR HAS NEVER BEEN ONE!!!”Renner had said previously while talking about how Washington cheated on her.

Flip to the next page for Alisah Chanel’s shade at Brittany Renner.