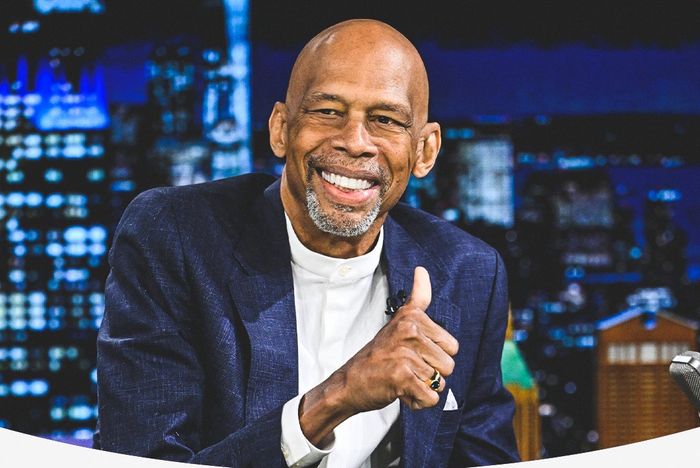 Kareem Abdul-Jabbar made an appearance on the “Tonight Show with Jimmy Fallon” and ended up throwing shades at three-point shooters. On the show, Jabbar made everyone aware that “he still holds the all time scoring record.”

This came after the late night host asked the 6-time NBA champion how the game has changed since his time in the league in the 70s and 80s. Abdul-Jabbar responding saying how the game is much different from when he played, and of course he’s not too pleased with how basketball is played today.

Kareem scored 38,387 points during his illustrious career with the Lakers and the Milwaukee Bucks. The living legend currently holds a 1,000 point cushion on the second all time leading scorer and fellow member of the Lakers organization LeBron James.

At some point LeBron will break his record but for now he can brag all he wants.

LeBron is deadset on breaking that record.

On March 19 in Washington, LeBron scored 38 points in a Lakers’ loss to the Wizards to pass Karl Malone for second place on the all-time scoring list. Malone had held the No. 2 spot for over 21 years — since he passed Wilt Chamberlain on Dec. 5, 2000.

“I will not allow myself to think about it,” James said when asked about breaking the all-time record after passing Malone for second place. “I’ve always just played the game the way I’ve been playing it over the years, and these things have just happened organically by just going out and playing the game the right way. Hope to accomplish that at some point in my career, but I won’t think about it too much.”

Prev1 of 8Next
In this article:Headline, Kareem Abdul-Jabbar