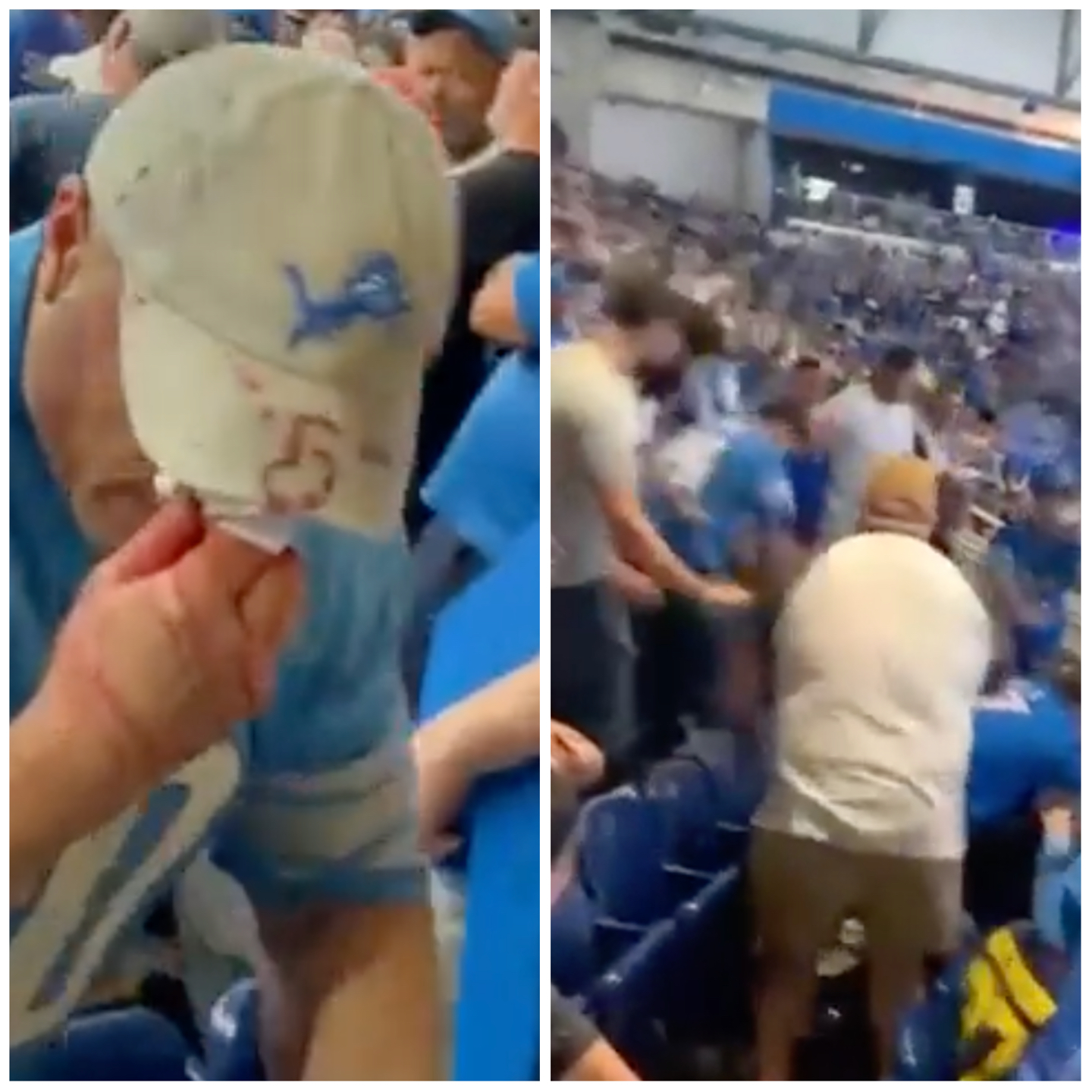 There was a fight at a good chunk of the NFL games on Sunday, meaning the NFL season is officially back.

One of the more vicious fights happened in Detroit as the Lions lost to the Eagles after they tried a late comeback.

Jalen Hurts made plays with his legs, right arm and head.

Hurts accounted for 333 yards and a touchdown and A.J. Brown had a career-high-tying 155 yards receiving in his Philadelphia debut, helping the Eagles hold on for a 38-35 win over the Detroit Lions on Sunday.

Hurts ran 17 times, one short of his career high, for 90 yards and a 1-yard touchdown. The third-year quarterback was 18 of 32 for 243 yards, including a perfectly placed 54-yard pass to Brown that led to Philadelphia taking a 24-14 lead at halftime.

Just as importantly, Hurts threw away many passes to avoid sacks.

“We had a lot broken plays, a lot of throwaways,” he said. “As a quarterback, that is the best play sometimes.”

The Eagles scored 24 points in the second quarter and had a 17-point lead in the fourth that was cut to three when Jared Goff threw a 22-yard touchdown pass to DJ Chark with 3:51 left.

Miles Sanders’ 24-yard run on third-and-2 from the Eagles 27 just before the two-minute warning quieted a raucous crowd.

“That was a big one,” Brown said. “We needed that to take the life out of the building.”

Philadelphia sealed the win on Hurts’ sneak that converted a fourth-and-1 from the Detroit 40 with 50 seconds left.

Sanders finished with 96 yards rushing and was one of three Philadelphia running backs to score.

They had multiple fights during the day. One was a big brawl after the game in the street, with lots of people getting their licks in, and one of the more vicious fights of the day happened in the stands and left one man very bloody.

After the fight, the man casually walked out of the stadium like it was just another day.

Prev1 of 3Next
In this article:bloody lions fan, Eagles, Headline, Lions, NFL