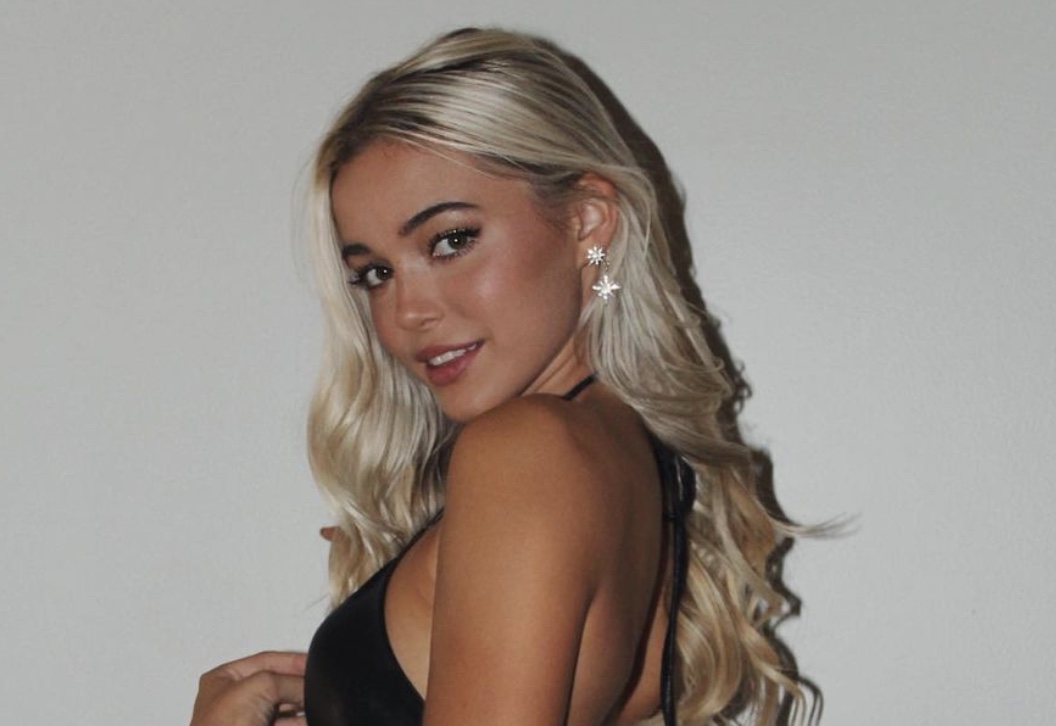 Gymnast Livvy Dunne showed her figure in a video she dropped on her TikTok page. In the video, she rocked a skimpy bikini and let everyone see her trim waistline and toned legs.

Livvy Dunne is back in her leotard, this time bringing a little “squirrels” action.

The Louisiana State University gymnast, 19, reminded her rising TikTok fanbase just why she’s a social media sensation yesterday, posting for her huge following and delivering a little humor, plus her figure.

In 2021, Livvy was already the most followed NCAA athlete on social media and now boasts 6 million TikTok followers, plus north of 2 million on Instagram.

Going light-hearted and with a gal pal, Livvy showed off her athlete figure in a skimpy and revealing leotard, one definitely drawing attention to her trim waistline and toned legs.

Shot inside a lobby and likely at LSU, Livvy bopped around from faux leather couches while in a sleeveless dark leotard and socks. She swung her hips and shimmied around as her friend delivered a ta-da fist motion – at the end, Livvy lip-synced while jumping off the couches and leaning towards the camera.

Given that Squirrels In My Pants was the chosen sound, the caption seemed apt.

Livvy told fans: “Squirrels in my leo.” Over 2 million views have been clocked.

Prev1 of 6Next
In this article:Headline, Livvy Dunne