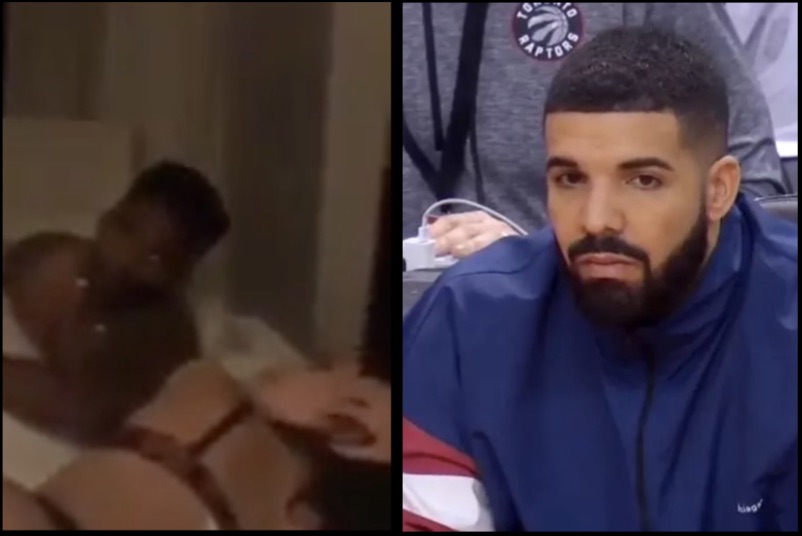 Good news is they at least weren’t playing Drake’s music in the background.

I will say this is alleged because you can’t see her face clearly and only MTO is reporting it, but she has similar photos on her IG. No word on when the video was shot could have been years before she knew Drake or last week.  There have been rumors that Drake is trying to get full custody, so maybe his team is behind the leak?

You be the judge and do you have any idea what the guy is doing in the tub?  Drake is dealing with custody issues with Sophie because she pulled an immigration scam that had her deported from the US.