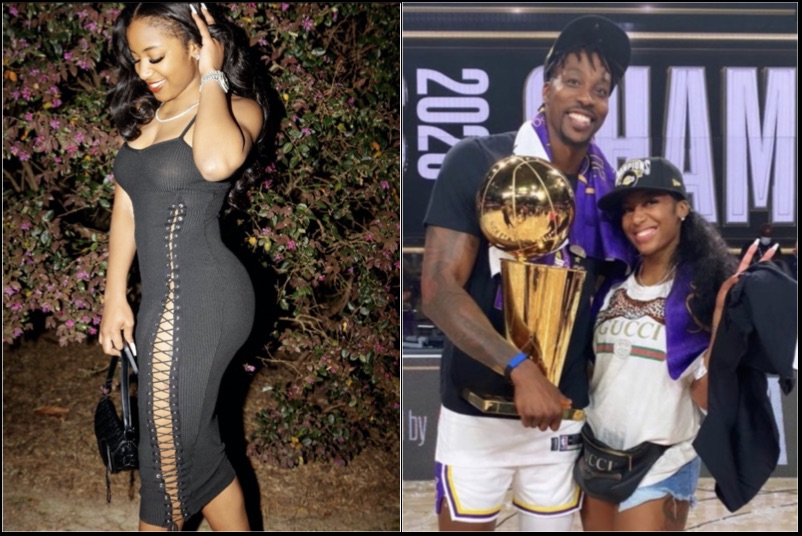 Dwight Howard and LA Sparks Te’A Cooper were allegedly secretly married not too long ago, but alas the marriage (or engagement if they never went through with it) didn’t last.

It was pretty much doomed from the time that Dwight accidentally showed messages from Coopers where she accused him of cheating with “people” while he was celebrating winning the NBA title.

They made a few appearances after that, but BSO reported that they had broken up.

Cooper decided to make an official announcement on Instagram Live.

It was a very STRONG announcement where she said she never wants to hear his named mentioned again and she is back on the market.

Feel free to shoot your shot if you like.

Flip the page for the video and the cheating allegations as well and pics and vids of Ms. Cooper.