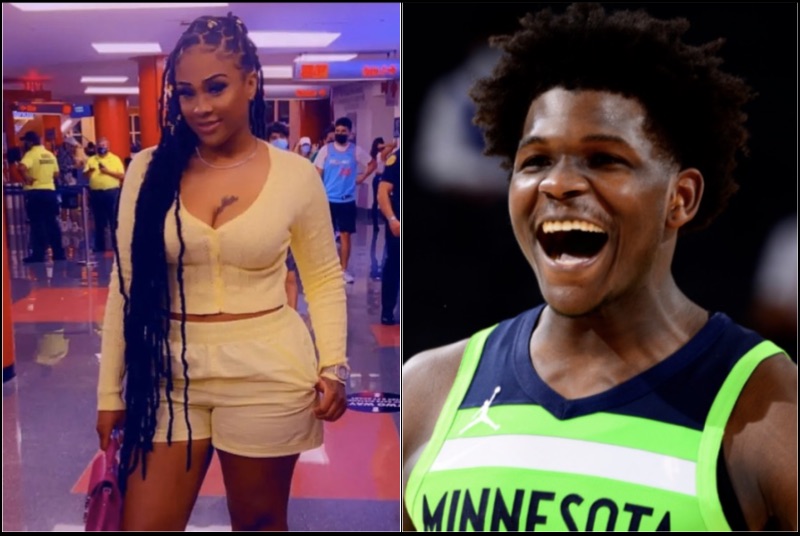 I have lost count of how many baby mamas Chief Keef has.

According to this latest report, one of them has found love in Minnesota.

Anthony Edwards’ girlfriend is no rookie. Minnesota Timberwolves rookie superstar Anthony Edwards is only 19 years old, and he won’t turn 20 until November.

Ant’s first season is officially over, which means he’ll have plenty of free time to spend with his girlfriend.

Anthony Edwards Girlfriend @ is coutureinc2. She has her kid living with them in Minnesota too (Apparently She’s chief keef’s babymoms) a whole mess.

Flip the page for the evidence they collected.