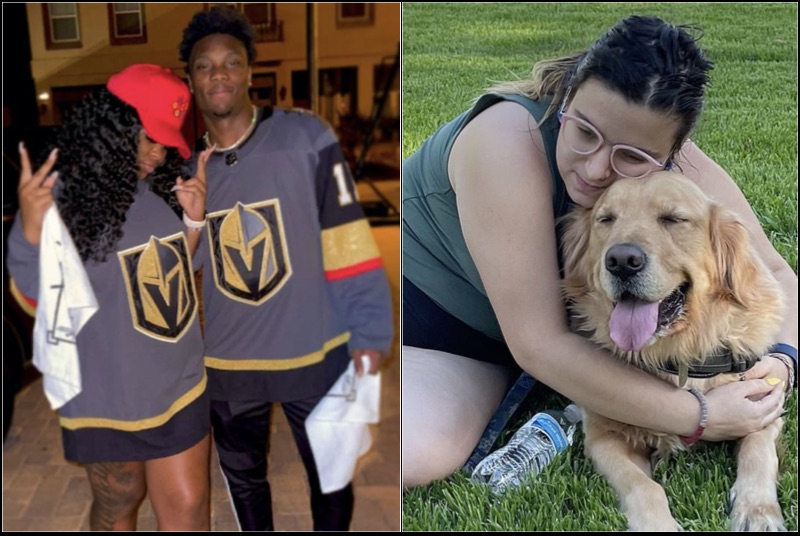 BSO reported on a video of Ruggs III and his girlfriend Kiara “Rudy” Kilgo-Washington just a moment after the fatal car crash that killed Tina Tintor and her dog Rex.

Several people nothing that the exchange between Washington and Ruggs III was unusual. Others chalked it up to shock and the fact that Ruggs III, who was crying uncontrollably, was going in and out of consciousness. Here is what they are saying to each other during the video.

“Can we get help?!?” the woman yelled. “Can you please help him!?!” He is knocked unconscious!”

Ruggs then seemed to come to — and you can hear in the video, he began crying and sobbing as his girlfriend still held his head.

The two parts people have a problem with are that Washington is asking for help for Ruggs III and not the woman burning to death less than a hundred yards away from her. The second thing is people were wondering what she is saying she is sorry for.

That is where this report from Wags Unfiltered comes in. Their sources say that Ruggs III and Washington were arguing before the crash, and the reason that Washington was apologizing was that she caused him to lose control of the car and hit Tintor.

If you recall, Ruggs was driving with the mother of his daughter, Kiara Kilgo-Washington, at the time of the crash. Videos show her apologizing to him while the car that they crashed into is in flames. Sources have said allegedly, while Ruggs was cruising, going 3000x times over the speeding limit, Kiara started hitting him. Sources say that she was mad about a girl he had been messing with, and I guess she decided to take matters into her own hands (literally). In the midst of her trying to get answers while beating this man’s behind, Tina Tintor attempted to get into Ruggs’ lane, he tried to slow down, but it was too late by then. So basically, KIARA has some explaining to do because even though no one could ever imagine what this night would have led to.

None of this excuses Ruggs III, who got in a car drunk and was going 156 MPH. He deserves punishment just for that. He was already putting their lives and the lives of other people in jeopardy just by going this fast. If any of the above is true, the prosecutors should look into charging Washington as an accessory.