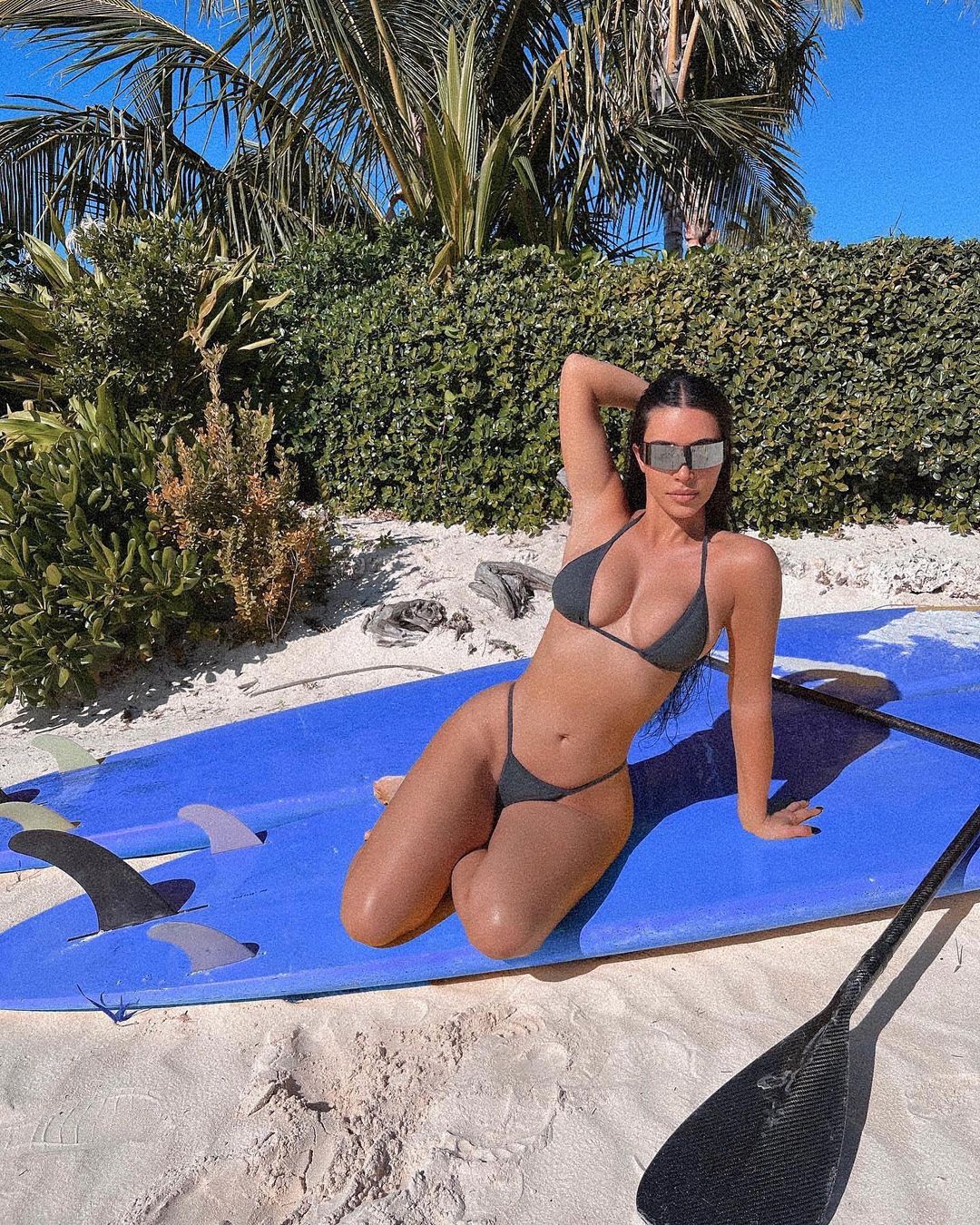 Kim cannot go a minute without checking her social media pages, especially her 313 million Instagram page via the Daily Mail;

Kim Kardashian was dressed in black outfits as she celebrated sister Kourtney Kardashian’s wedding to Travis Barker in Portofino, Italy over the weekend.

So it was quite the contrast to see flashback bikini pinup images of her on her Instagram page Tuesday.

These photos of the reality TV maven in a blue bikini were taken several months ago when she first plugged her new swimwear line called SKIMS SWIM.

Kim wore the string bikini beautifully as she flashed her sculpted arms and lean legs, as well as tiny waistline. The mother of four was sitting on a blue surf board that was laid down on a white sand beach.

The ex of Kanye West added mirrored wraparound sunglasses while her long black hair was down and flowing in the wind. The shoot first appeared in March when she was shot at night.

You know Kim is going to stay with the thirst trapping.

Kim Kardashian has done it again! She’s released a new thirst trap photo showing off her bare b*tt in a barely-there thong bikini on her 312 million following page with the caption, “sun bum”.

The Skims founder, 41, sent Instagram users’ pulses racing Friday afternoon with a “candid” photo of her wearing nothing but a nude-colored triangle bikini top (likely this $32 number from her Skims Swim line) and a tiny matching thong (this $14 Skims G-string, perhaps?).

“Sun bum,” the “Kardashians” star captioned the cheeky display, which showed her walking toward the beautiful beach and away from the lucky photographer, as her long brown locks blew in the wind.

Prev1 of 5Next
In this article:Headline, Kim Kardashian, Kourtney Kardashian, Travis Barker