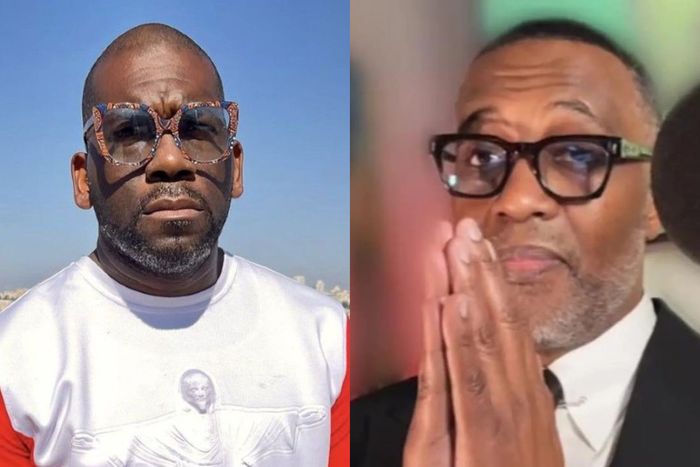 Gizelle Bryant’s ex-pastor husband Jamal Bryant has apologized to the family of relationship guru Kevin Samuels after slamming him following his death. According to Radar Online, he “expressed his remorse for commenting on Samuels during a Mother’s Day sermon.”

“Benjamin Franklin once said, ‘the best way to mess up an apology is to add an excuse.’ I extend my deepest condolences and apologies to #kevinsamuels’ family and friends. Thank you to all who purposed to keep me accountable,” Bryant wrote via Instagram alongside a video of his public apology at the church. “We grow from mistakes and birth maturity. Humility will always defeat arrogance. We grow as we go!”

During a past sermon, Bryant addressed a video that the image consultant had shared before his passing, in which he called unmarried women over 35 “leftovers.”

Bryant then questioned churchgoers, “How can a man say you are of low value after 35?” He followed up by asking how Samuels could make such outlandish claims when “that man has to get a GoFundMe for his funeral.”

Sources close to Samuels have since told TMZ the GoFundMe campaign circulating online is fake, adding, “GoFundMe offered Kevin’s family the few hundred bucks raised on the fake page, but they refused to accept it, so it was returned to donors.”

Singer Omarion was one of many who criticized Bryant’s previous sermon, slamming him for not having more “compassion” after Samuels died from a speculated heart attack on May 5.

There is more on Kevin Samuels’s death;

According to reports, the social media star and dating guru was found unresponsive on the floor of his Atlanta apartment.

T.I. also took to social media to defend Samuels, writing, “Whatever he did, he did it and [he’s] gone. He got away with it, f–k ya. That’s between him and God. Him and the Lord gon’ have to deal with it. You ain’t got no heaven or hell to put him in.”

The lifestyle coach was 57 at the time of his passing. His sudden death was confirmed by the Atlanta Police Department and his mother.

Flip to the next page for more about Bryant’s cheating, his sermon, and the woman that Samuels was last seen with Ortensia Alcantara

Prev1 of 4Next
In this article:Gizelle Bryant, Headline, Jamal Bryant, Kevin Samuels