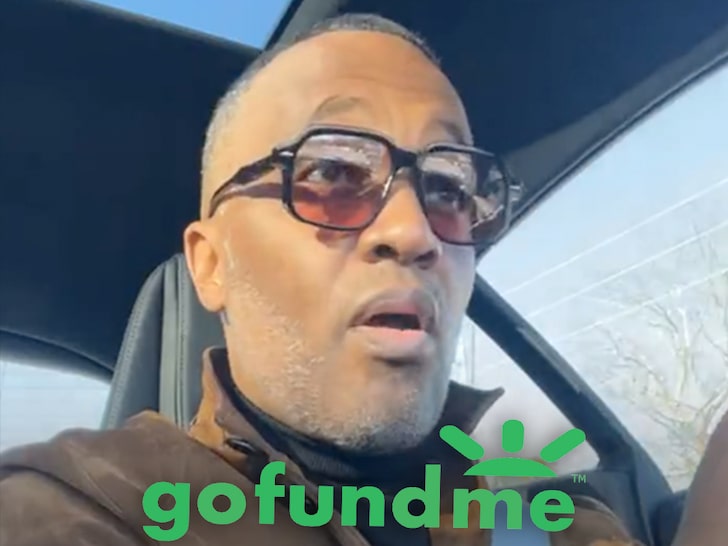 It was reported a few days ago that relationship guru and high-value man Kevin Samuels died a broke man with just $1K in his bank account and that money for his funeral would be raised through a GoFundMe account but his family is here to let everyone know that they aren’t accepting money from GoFundMe to give him a befitting funeral because that report was a lie and Samuels was actually a wealthy man via TMZ;

Kevin Samuels’ family says an imposter is behind a GoFundMe created to raise money for his funeral expenses, and even though they were offered the cash … they won’t accept the money.

Social media was buzzing after the fundraising page popped up, many calling Kevin’s family hypocrites for seeking financial help … as he always preached a message of financial independence without handouts.

However, a source with direct knowledge tells us they reached out to Kevin’s family to verify the account and learned the family did NOT create it … so GoFundMe scrubbed the fundraiser from its platform.

Not only that, our sources say GoFundMe offered Kevin’s family the few hundred bucks raised on the fake page … but they refused to accept it, so it was returned to donors.

BSO reported that likely just based on his YouTube channel had at least six figures over the past couple of years and likely seven figures. There is no word on how much money he left in his accounts that would go to his next of kin which would be his daughter.  Also, we don’t know how much he was making from IG as an influencer. You never know how someone spends their money, but Samuels was living in a very affordable apartment, so unless he was blowing his money somewhere else fast, he likely didn’t die broke.

Social media personalities have been known to pull in millions on YouTube and Instagram from their subscribers and Samuels had tons of fans who would tune in. Samuels garnered over 1.2 million followers on Instagram and 1.45 million subscribers on YouTube. Over the last year, his YouTube page has exploded because of topics like “Modern Women Are Average at Best” and “Women Should Let Men Use Them.”

So, how much money did Samuels actually make? The numbers aren’t completely certain, but we can take a few guesses based on the available stats of YouTubers and their potential income revenue.

Similarly, finance YouTube Star Andrei Jikh has earned $1.6 million from ad revenue in less than three short years. Currently, he has 1.99 million subscribers. So, that would imply that Samuels might have made close to a million bucks from his controversial videos over time.

Flip to the next page for more on the GoFundMe and the last woman he was seen with Ortensia Alcantara.

Prev1 of 5Next
In this article:gofundme, Headline, Kevin Samuels