Lori Harvey Loses a Bunch of Weight After Breaking Up With Michael B. Jordan – BlackSportsOnline 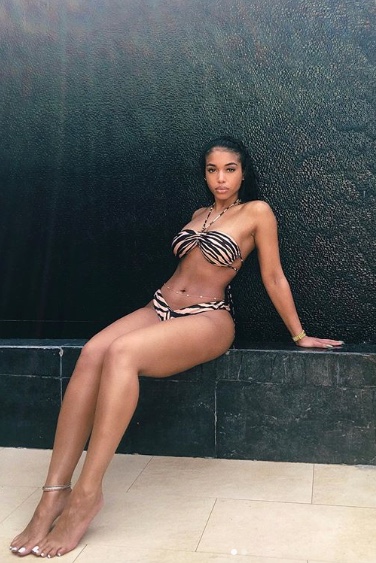 Lori Harvey’s weight loss is going great for her but one of her friends is concerned about the rate at which she’s losing weight. Lori has gone from 135 pounds to 95 pounds after dieting crazily and working out like crazy.

The friend, who claims that she’s “worried” about Lori explained,”Lori has been dieting like crazy, and working out too. She’s dropping a lot of weight.”

And her weight loss has been so extreme that people close to her are concerned. “We’re not used to see Lori look like that. And even at this weight she’s still dieting and exercising like she still wants to lose more weight.

Many of Lori’s fans are commenting about her weight loss, and wondering whether she may be afflicted with the disorder anorexia.

According to the Centers For Disease Control, people who have anorexia try to keep their weight as low as possible by not eating enough food or exercising too much, or both. This can make them very ill because they start to starve.

Apparently, she thought she got a little too chunky while dating Michael B. Jordan.

Now, as for the reasoning behind the reported uncoupling … People, citing a source familiar, says Michael apparently wanted to get even more serious with Lori than they already were, as he was apparently seeking to go the distance in a long-term relationship. Marriage?

There’s no clarification or pushback from Lori’s perspective … which seems to suggest she didn’t necessarily want the same thing as him. One thing they both reportedly feel, though … “heartbroken,” and continued love for one another … at least according to the outlet.

We know this was as serious a relationship as it gets before someone gets on bended knee — Mike had met Lori’s family, including her father Steve Harvey … and even seems to have attended some Harvey get-togethers during the holidays. Likewise for Lori with his brood.

Another factor that might’ve torpedoed this — assuming the report about Michael wanting to settle down is true — is their age difference … a 10-year gap. He’s 35 and she’s just 25.

Prev1 of 5Next
In this article:Headline, Lori Harvey