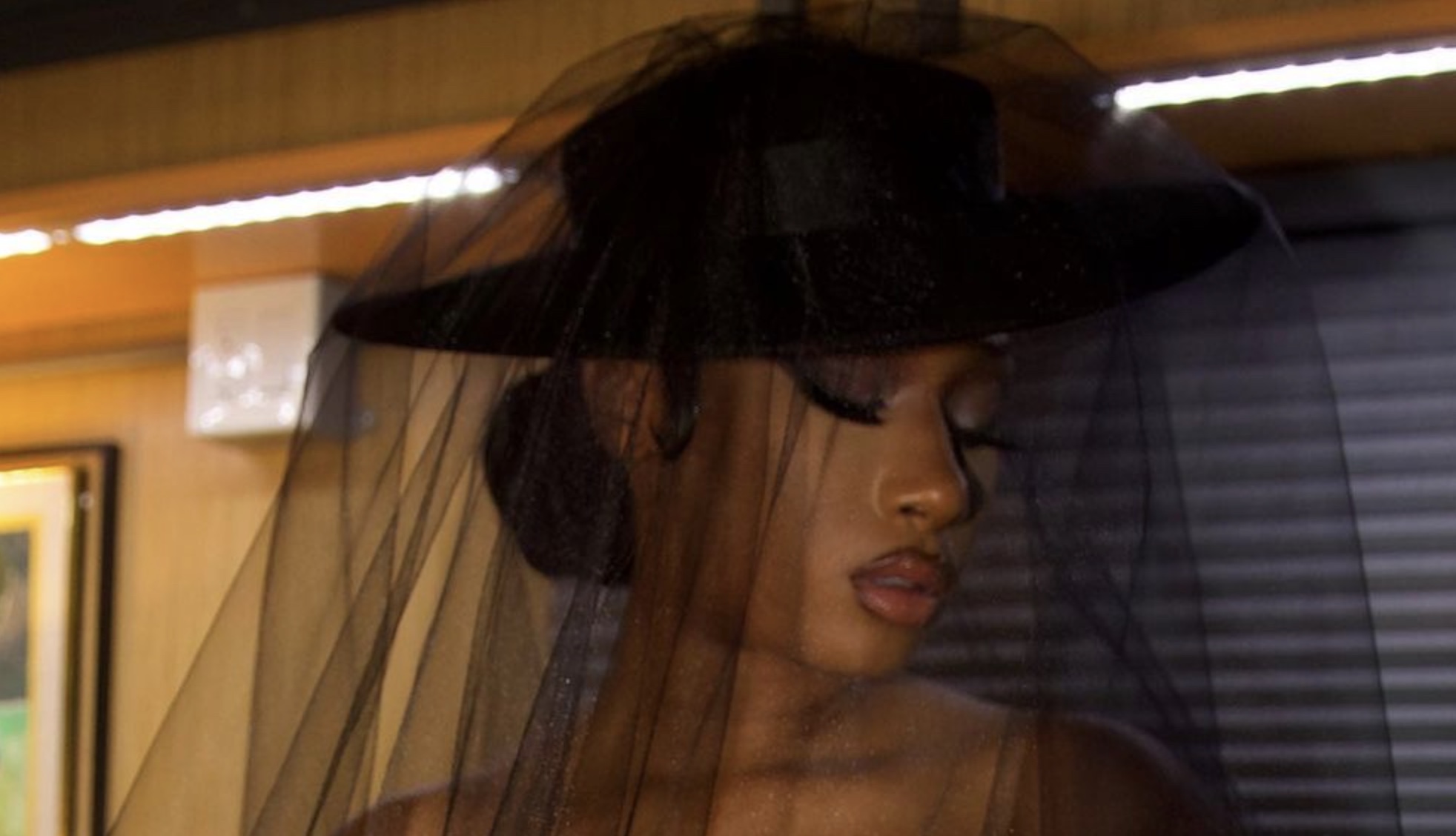 Megan Thee Stallion got the body to promote her new music video. In photos released to her 29.7 million Instagram page, one of the photos had her going topless and showing off her banging body.

The last time Megan Thee Stallion dropped such photos was in April this year via Cosmopolitan;

Just days after Camila Cabello shared a photo from the bath to promote her latest album, Megan Thee Stallion posted a naked snap that is practically exactly the same. Is this the new thing?

It only takes one look at your Instagram timeline right now to know celebrities are all for stripping off in front of the camera. From Dua Lipa and Britney Spears to Rita Ora, whatever the occasion, there’s a bikini/bath selfie for social media.

Now, rapper Megan Thee Stallion, real name Megan Jovon Ruth Pete, is getting in on the action, to promote her new single. The 27-year-old took to Instagram to post a series of photos from the tub, holding a cigarette in one hand and with her leg half bent out the water.

“PLAN B OUT FRIDAY presave link in my bio 🔥,” she wrote in the caption.

Megan obviously looks completely fire, and fans in the comments couldn’t agree more. “YES 🔥😍,” one person wrote, while another put, “YESSS MEGGGG!!!😍😍” Someone else said, “Omgggggggg 🔥”

“We knew that for that story, we needed a famous, beautiful, successful woman,” head writer/executive producer Jessica Gao told TVLine of the guest-casting. “We were going through all the possibilities… but when it came down to it, Jameela [Jamil] knew Megan from working on [HBO Max’s] Legendary together, and she brought her up.”

Prev1 of 8Next
In this article:Headline, Megan Thee Stallion