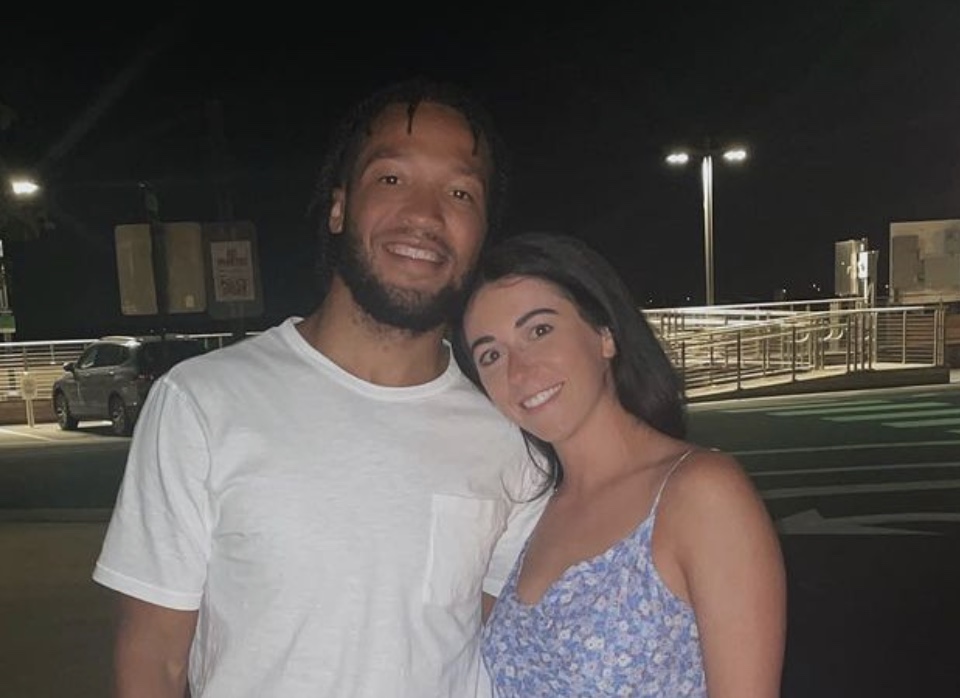 Love is in the air.

Jalen Brunson recently signed a $104 million contract with the Knicks and has finally proposed to his high school sweetheart and longtime girlfriend, Ali Marks.

According to TMZ Sports and their Instagram pages, he proposed at their old high school, where they first met.

New York Knicks star Jalen Brunson proposed to his longtime girlfriend like a true basketball player — getting down on one knee and poppin’ the question on a hoops court — and it worked, ’cause she said yes!!

The NBA point guard and Ali Marks shared the news on social media on Tuesday — revealing the proposal went down at their old high school’s court in Illinois.

“you are a lifetime,” said Marks, who shared pics of the couple’s romantic evening on the Stevenson H.S. court.

While unorthodox, the proposal’s venue was absolutely fitting … considering Brunson and Marks — who’s a physical therapist — began dating at the high school years ago.

The two were initially there on Tuesday to see Brunson be inducted into the school’s Hall of Fame.

Much is expected from Brunson as he is the latest big-money free agent the Knicks hope will lead them to the promised land.

After signing a four-year contract in excess of $100 million, the Knicks conducted their first media press conference with Brunson, who explained why he diced to leave the Dallas Mavericks in free agency.

“I’ve known [the Knicks] for a long time. It’s family,” said Brunson. “It’s a comfort level to this and something that I just couldn’t turn a blind eye to. I know that these guys have my best interests at heart, and I think Leon [Rose] probably saw me before my dad did, so it’s just one big family for me and I’m just super excited.”

Although the decision to leave Dallas – the place where he spent the first four years of his career – appeared to be an easy one based on the fact that the Mavs didn’t even get the chance to give a last-ditch pitch, Brunson assured everyone that it was tough on him.

Flip the pages for photos and videos of the proposal.