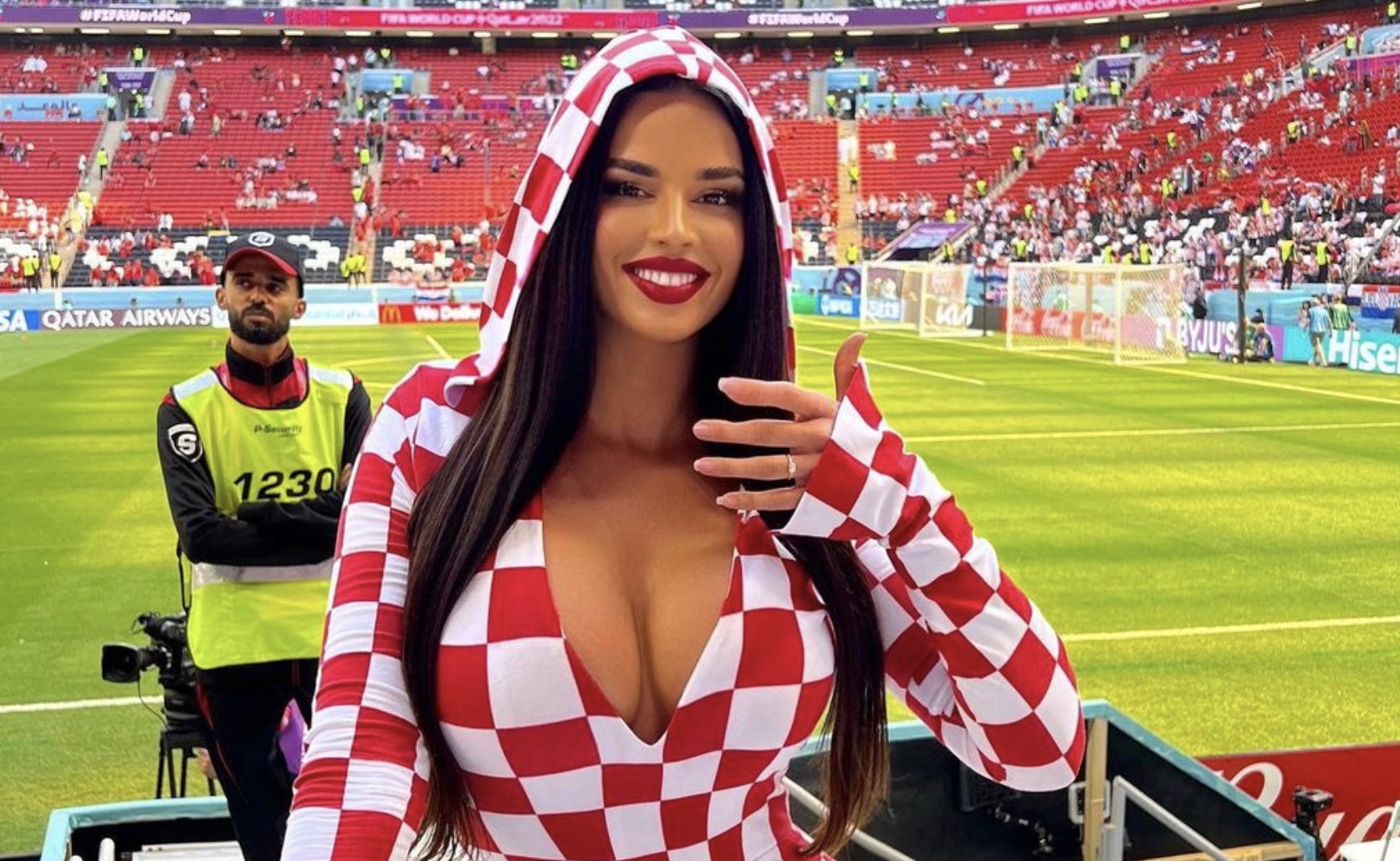 Qatar doesn’t like when the ladies show off too much skin, but that didn’t stop Ivana Knoll from going viral and challenging those rules.

She must be careful because they have put people in jail for less.

That said, the world is getting a treat from her photos.

Ivana Knöll, who’s been dubbed the World Cup’s “hottest fan” by various outlets, continues to wear her signature sultry outfits to the competition in Qatar despite the country’s strict dress code. On Sunday, the model, 30, wore a strapless dress to watch Croatia defeat Canada, 4-1, at Khalifa International Stadium. The fan took to Instagram to share photos of herself wearing the red and white checkered ensemble near the pitch.

Visitors to Qatar are supposed to show “respect for local culture by avoiding excessively revealing clothing in public,” according to the country’s tourism authority, which recommends that both men and women should cover their knees and shoulders.

Knöll also posted a video that showed her posing in the stands for FIFA World Cup cameras, writing, “am I dreaming?” On Wednesday, Knöll turned heads in a similar look at Al Bayt Stadium, where she wore a plunging dress to support Croatia in their eventual draw against Morocco, 0-0.

Prior to the Group F match, the “Knöll Doll” swimwear founder posted photos of herself both in and outside the venue. That day, Knöll described the Qatari organized event as a “disaster” in a post on her Instagram story amid numerous controversies surrounding the 2022 World Cup.

“This is a disaster,” she said, according to The Sun. “I feel sorry for all the people who can’t go to the World Cup because of the worst organization in history.

The World Cup has already been controversial, and we haven’t even gotten to the knockout round.

Flip the page for Knoll’s lovely soccer thirst traps or, if you prefer, FUTBOL thirst traps.