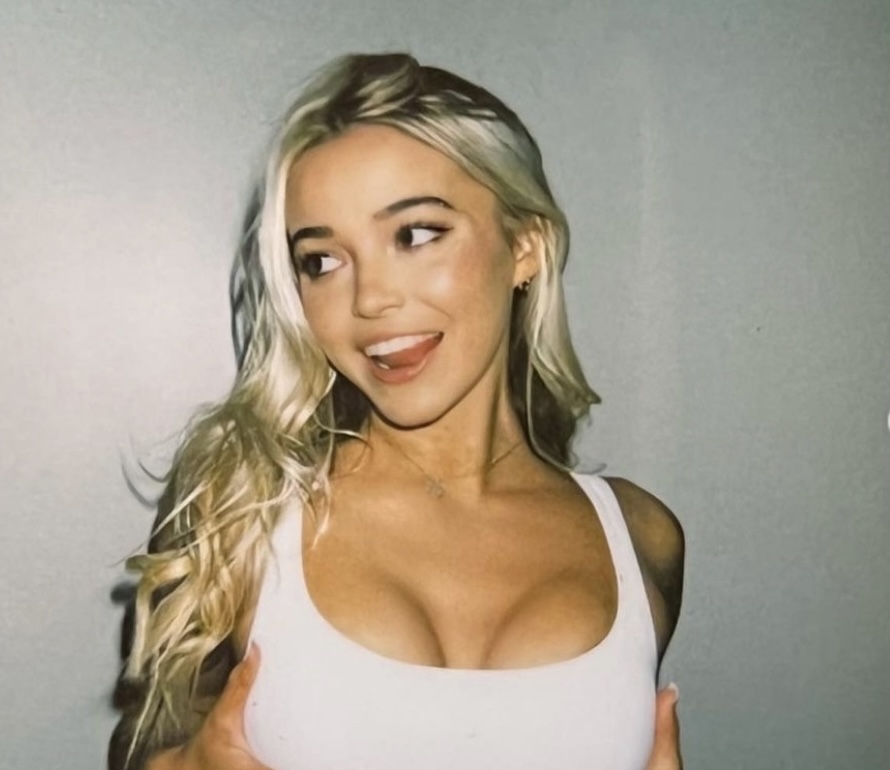 She has broken the internet with her latest thirst trap photos on Instagram. She is rocking a white crop without a bra showing some nice abs.

She captioned the photo shoot, “Picture This…”

The post already has over half a million likes.

Dunne has been in the news lately because people are jealous that she is making a lot of money via NIL deals.

A Louisiana State University gymnast earning $2million-a-year from sponsors and racy photos on social media has been slammed by a prominent women’s basketball coach for upholding s*xism in sports.

Olivia Dunne, 20, is among several female athletes joining the rank of millionaires through name, image and likeness (NIL) deals.

After college athletes were allowed to enter such deals last years, there has been an upward trend of female athletes showing off candid and flirty posts to secure millions of social media followers that boosts endorsement deals.

While Dunne said the strategy has helped her win a seven-figure salary, Stanford University’s Tara VanDerveer, the most successful coach in women’s college basketball, told the New York Times the trend is regressive for female athletes.

‘I guess sometimes we have this swinging pendulum, where we maybe take two steps forward, and then we take a step back,’ she said. ‘We’re fighting for all the opportunities to compete, to play, to have resources, to have facilities, to have coaches, and all the things that go with Olympic-caliber athletics.’

Despite VanDerveer’s criticism, Dunne told the Times the social media strategy has allowed her to earn a larger salary than what focusing on sports alone would have gotten her.

‘Seven figures,’ she said. ‘That is something I’m proud of. Especially since I’m a woman in college sports.

‘There are no professional leagues for most women’s sports after college,’ she added.

Sit back and relax and enjoy these thirst traps.

Flip the page for the photos. You won’t be disappointed.