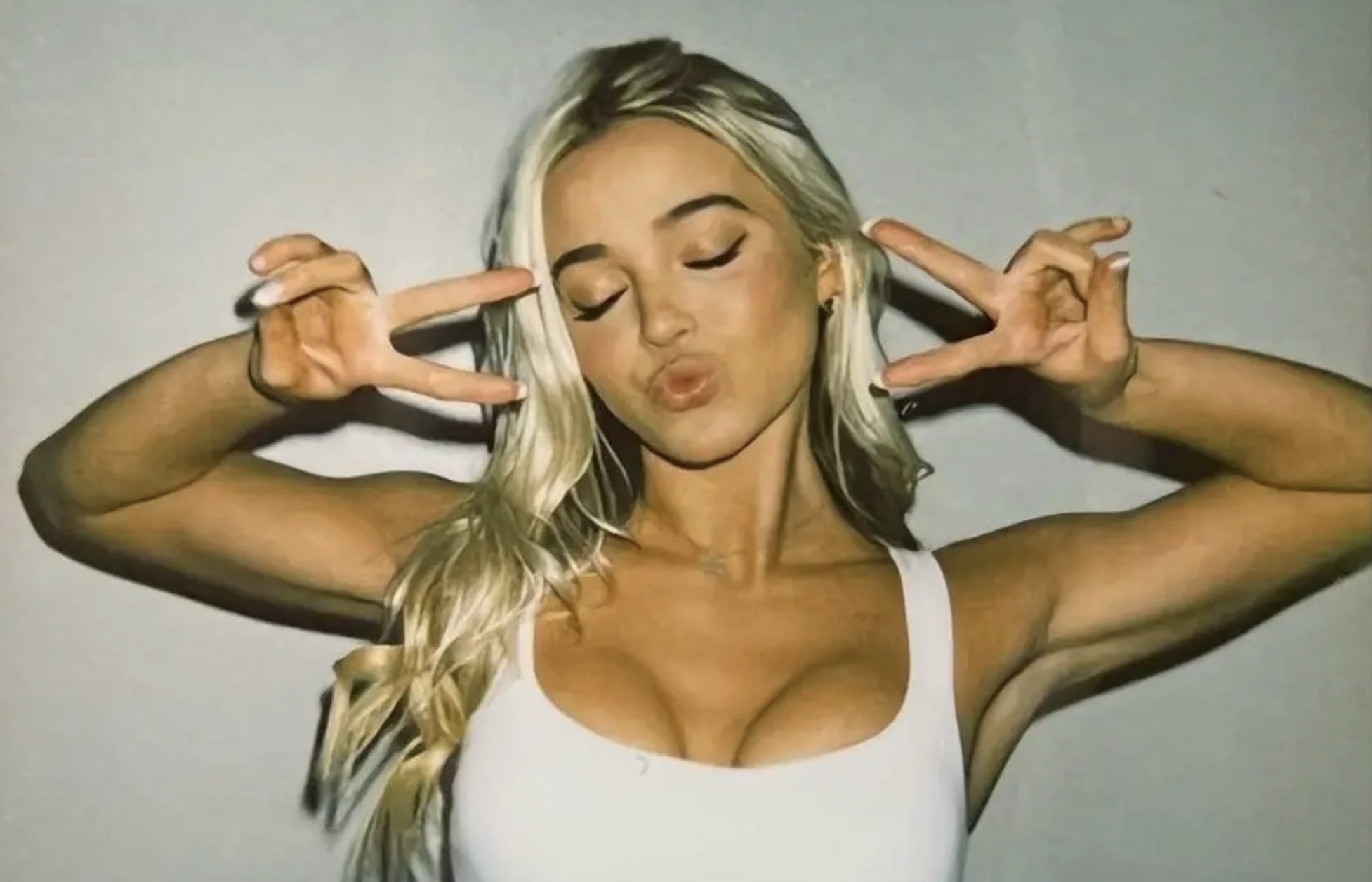 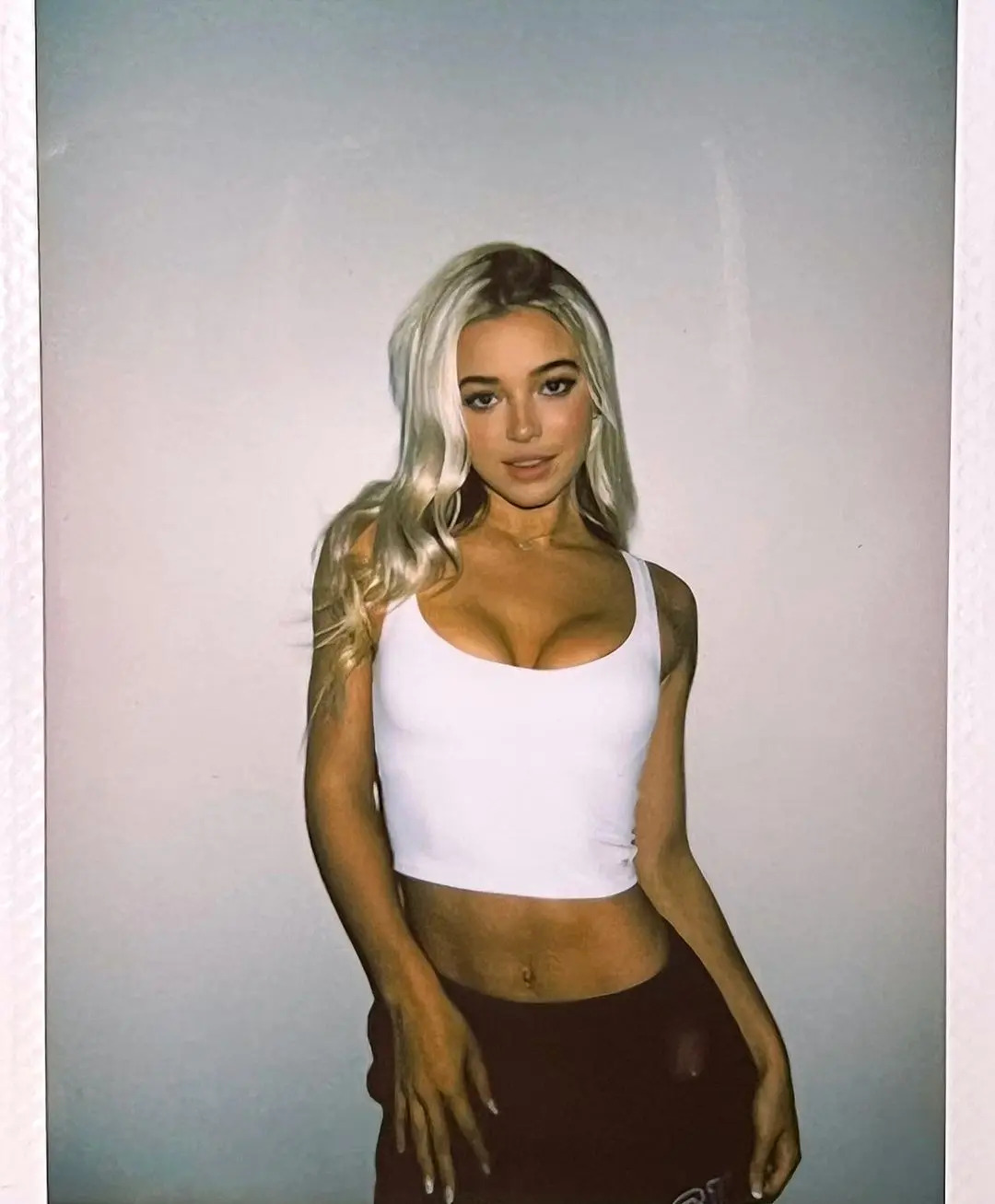 Olivia Dunne has done it again as she seems unbothered about criticisms that she’s using her sexy pictures to rake in millions of dollars in endorsement deals and social media following.

She has released some sexy photos rocking a plunging white tank top and her fans and followers are loving it. According to the Blast;

Olivia Dunne recently took to her Instagram page and treated her followers to a set of casual yet sexy snaps! The gymnast thrilled her 2.3 million followers with a new tantalizing post. Over the weekend, Dunne uploaded five photos that showed her flaunting her killer body in a sizzling outfit.

The 20-year-old wore a white tank top made out of a stretchy fabric that hugged her body like a glove. It featured a deep, scooped neckline that exposed ample décolletage. The snug fit of the garment seemed to squeeze her assets, which enhanced her cleavage display. Its narrow shoulder straps, meanwhile, helped accentuate her toned arms. The short length of the piece left some parts of her taut midsection exposed, particularly her chiseled abs. As the piece was thick, Dunne seemingly decided to ditch her bra.

She added a pair of black joggers featuring a thick waistband that hugged her hips while putting a spotlight on her petite waist and chiseled tummy. Although her bottoms had a loose fit from her thighs down, the clothing still appeared sexy.

Dunne accessorized the ensemble with a dainty necklace with a cross pendant and a pair of tiny earrings. The LSU athlete wore her golden locks down and styled in soft waves with a deep middle part. She appeared to be wearing a minimal amount of makeup, allowing her natural beauty to shine. The application seemed to have featured sculpted eyebrows, black eyeliner, several coats of mascara, and blush. Her nails were also perfectly manicured and painted a French tip style.

The first picture saw Dunne standing in front of a white wall with her hip popped to the side. She slightly tilted her head while parting her lips and looking straight into the lens. On the second side, the beauty placed her left hand on her ribcage and stretched her other backward to touch the wall. A swipe to the right showed the gymnast cupping her chest as she stuck her tongue out and looked to the side.

Dunne flashed two peace signs while pouting her lips, as seen in the fourth image. In the last shot, she stood sideways and directed her face to the lens with her eyes closed. The post appeared to be a fan favorite as it soon racked up more than 620,000 likes. Many of her followers also took the time to shower her with compliments in the comments section. While some simply left a trail of emojis to express their admiration for the internet star, others were decidedly more vocal in their praise.

Dunne has gone viral many times, including how she trolled Nick Saban and Alabama.

Prev2 of 6Next
In this article:Headline, Olivia Dunne