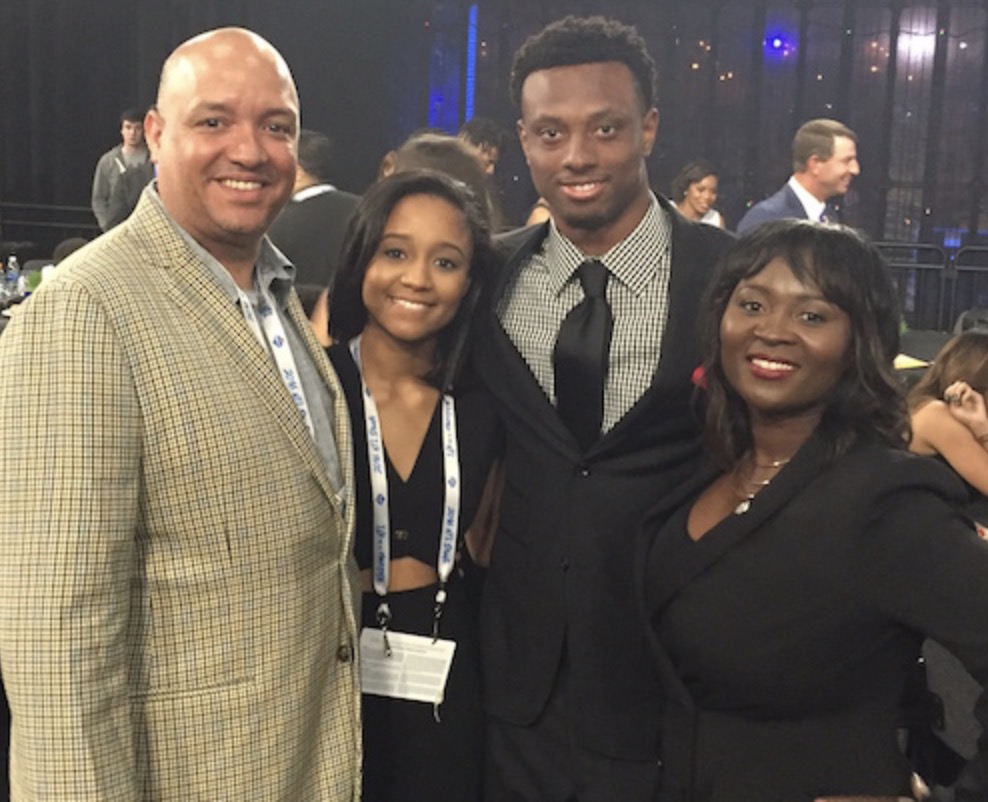 Nobody wins when the family feuds
We all screwed ’cause we never had the tools
I’m tryna fix you
I’m tryna get these n*ggas with no stripes to be official
Y’all think small, I think Biggie
Y’all whole pass is in danger, ten Mississippi
Al Sharpton in the mirror takin’ selfies
How is him or Pill Cosby s’posed to help me?
Old n*ggas never accepted me
New n*ggas is the reason I stopped drinkin’ Dos Equis
We all lose when the family feuds
What’s better than one billionaire? Two

The second line of that song always gets to me. We all screwed because we never had the tools. Meaning that as black people we are still learning on the go because the deck is always stacked against us. That trickle-down effect has longer reaching tentacles than one would think.

This Eli Apple situation is a sad one, if not an unusual one. The only real difference is it is being played out in public and Apple has let his private life affect his professional life.

Many athletes can separate the two and see the court or the field as a haven, but others aren’t mentally stable enough to do that.

This is a power struggle between Annie Apple, Eli’s mother and the rest of his family. Eli for the moment has sided with his mother, but his brother, stepfather and soon to be sister-in-law are hoping this public airing of grievances helps him see the light that if his family keeps feuding like this, they all are going to lose.

I had a long conversation with Daniel Blackson’s fiancee. Dane is Annie’s oldest son and Eli’s older brother. Here he is speaking to TMZ about how he felt about the situation.

My first question was when did this all start to go off the rails.

This is not new to Annie; she has always been this person. She started tweeting and got recognized, and her son got drafted that’s all that has changed. When Eli wakes up he will be able to reflect and see this; it’s never changed he just has money now.

The second he got drafted there was a lot of distance in the family, I remember Eli and Tim inviting my fiancé Dane, and I to his first scrimmage as an NYG and Annie argued that she “would not be attending if we went.” It resulted in us being there, and she was there, and she acted as though she completely said nothing along those lines. It’s always been uncomfortable. His brother has shown him nothing but supports even reflecting back to his college career Daniel has always reached out and even attended a few of his Ohio State Games.She has always painted everyone around him as the enemy. One pivotal moment Eli’s Rookie year was when Annie addressed her feelings about the Josh Brown Domestic Violence case and specifically attacked John Mara for his remarks on the situation. Eli reached out to Dane and stated he was ready to “cut Mom completely off.” Dane salvaged the relationship and told him he needed to communicate with her but also needed to take control instead of letting her piggyback his career.

As Eli struggled to find himself and create an image he admitted he couldn’t be himself under her control. Last year during a segment on First Take when Will Cain disagreed with the way Annie handled the John Mara situation Dane tweeted him stating “As Annie’s oldest son I would’ve liked to see her handle it diff but there’s no controlling mom.” Since that tweet, Annie them called me (at the time I was pregnant with her granddaughter) and told me she no longer wants anything to do with us. We haven’t spoken since.

It seemed like things were fine just in May Eli and Dane was out in LA on vacation catching up on time and the next thing we knew he was hospitalized for an unconfirmed likeness and accompanied by Annie. After his stay at the hospital, his energy was completely different, at one point during an argument over the lies she was telling Eli about his stepdad he told Dane “everyone just wants my money.” It’s a shame to see him at such a young age and in no control at all, torn over who to trust. He told Dane “sell drugs do what you gotta do to feed your kids.” It was almost as if during his stay she filled his head with a false image of his entire family including his siblings. Since July it’s been our word vs. her word, and conveniently for her, she lives with him. It’s almost like everyone knows what she’s doing but him.

One of the more explosive things that have come out is an allegation Annie had a 5-year-affair with the best man at her wedding. The marriage between her and Tim Apple ended, and so did the relationship between Tim and Eli.

Flip the page to hear more how that fractured relationship between son and father had a devastating effect on Eli.