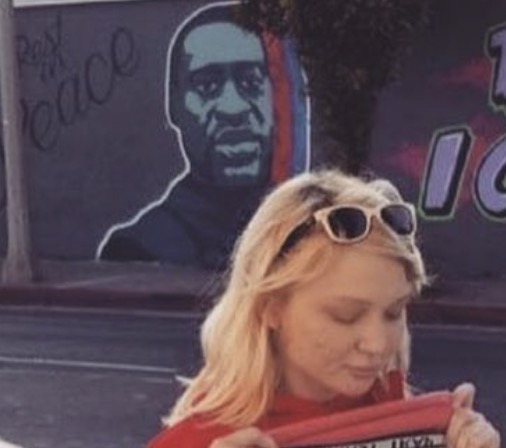 People have to stop doing stupid things for clout.

If you want to pay tribute to George Floyd just do that, you don’t have to get naked and make it about yourself.

Here are the details of Ms. Skye’s death.

The stunt didn’t go over too well on social media, with one aghast commenter writing, “This is some serious disrespectful bulls*** Lauren.”

“Wtf what does flashing have to do with George Floyd death,” wondered another of the tone-death pic.

The California resident — whose real name was Lauren Kaye Scott — was discovered dead in her Los Angeles motorhome by her unnamed husband, who identified the body to authorities, The Sun reported. The coroner’s office has yet to confirm the cause of the death.

There doesn’t seem to be any foul play involved.

Flip the page for the disrespectful photo she posted.