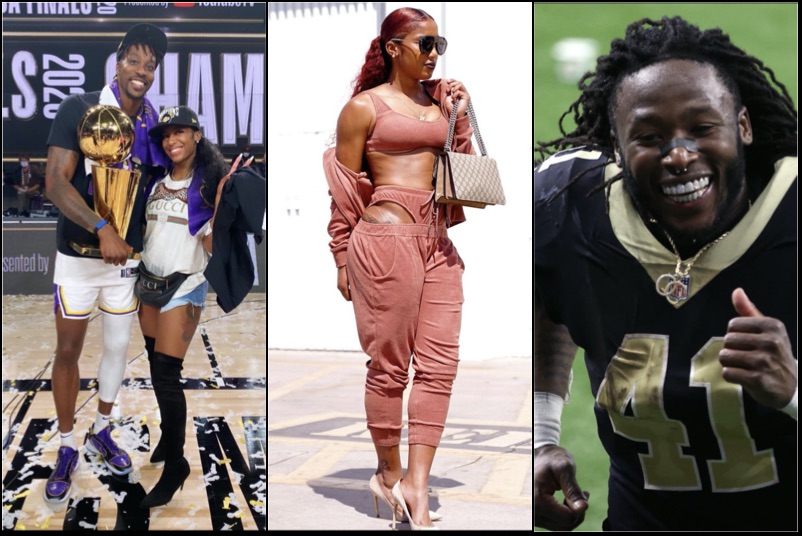 Do you remember WNBA Te’a Cooper?

She started dating Dwight Howard when she was in college and then they allegedly got married after the Bubble title.

Remember when Howard was celebrating he accidentally showed DMs from Cooper stressing him about allegedly cheating with men.

I am sure you remember all that.

Eventually, she got on IG Live one day and said that she is no longer with Howard and didn’t want her name associated with him ever again.  We aren’t sure what happened, but it is implied that he cheated, but that was never fully confirmed.  They may or may not still be married.

She has bounced back according to Total Pro Sports with Saints RB Alvin Kamara.

Earlier this year, the WNBA star officially responded to rumors that her and Dwight Howard were no longer in a relationship after they got engaged and married in a secret ceremony. That was not long after Howard won a championship with the Los Angeles Lakers.

“No, I do not go out with him. I’m not with him no more. Leave it alone. I don’t want to see yall in my comments saying it no more.”

“Don’t add me to nothing that have to do with him. It’s over with. It’s adios amigos,” she said back in April.

According to Wags, Cooper was spotted getting cozied up with New Orleans Saints running back Alvin Kamara.

No word if she is staying there while the Saints are in training camp.

Whatever the case, I wish her well she seems like a nice person, I am not sure why she ever ended up with Dwight Howard. That should never be the move, but at least she got to hold the NBA championship in the bubble.

Flip the pages for her and Kamara together and more pics and videos of Cooper you won’t be disappointed.