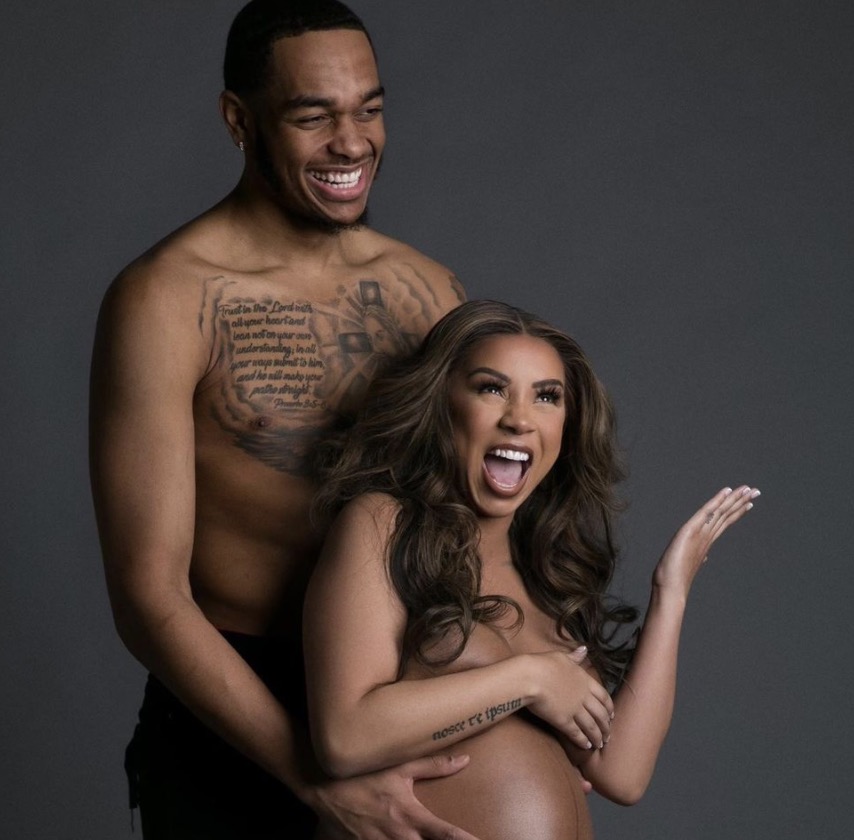 PJ Washington seems to be having buyer’s remorse with Brittany Renner.

BSO was the first to report they broke up even though their baby was only two months old.

Now, PJ is sending subliminal messages on social media that he was trapped by Renner.

Here is the history of their relationship.

Washington was shooting his shot at Renner back when he was at Kentucky. He continued his pursuit while he was in the pros until Renner agreed to move in with him in Charlotte.

Renner actually moved in during the RONA quarantine.

They went public with their relationship and not too long after that she became pregnant.

Everything seemed to be going well. After they went public with the maternity shoot, they both announced the birth of their baby boy.

They continued to post family pics in the first two months after the baby was born.

She deleted all her thirst traps and looked like she was ready to become a stay-at-home mom.  The only posts she had on her Instagram page were of her, the baby, and Washington.

They looked like the All-American family until they weren’t.

Now, it looks like Washington is feeling like he was being played and that Renner trapped him. No matter what the baby is his and hopefully they can find a way to co-parent together for the boy’s sake.

It looks like it could get very messy, so we will keep an eye on it going forward and try to find out what was the straw that broke the camel’s back.

Social media has no sympathy for him.

Flip the page for the deleted tweet, Renner’s latest thirst traps now that she is single and some of the Twitter reactions.