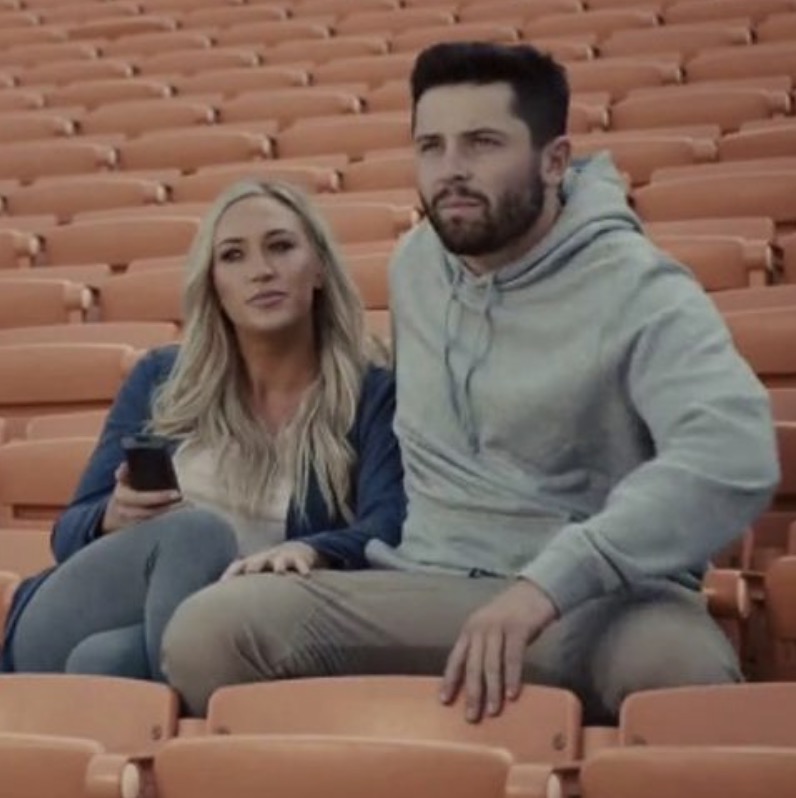 Browns fans are almost to the point of giving up on Baker Mayfield.

They’re 3-2, which isn’t bad, but to fans, Baker has been holding their offense back.

He probably doesn’t like it and won’t say anything about it, but his wife Emily has come to his defense.

She took to her IG to tell the fans to wake up and that it was a hell of a game that could have gone either way. She also tells them they don’t know what they have in Baker, and if you’re a true fan, you need to support Baker.  Baker is interesting because he is playing with two All-Pro running backs and what was an elite WR in Odell Beckham Jr.

He has a lot of talent around him, and while he isn’t trash, he doesn’t seem great. One could say it was more the new head coach Kevin Stefanski that truly changed the franchise, not Baker. The question begs would the Browns be a better team with another quarterback? They will have to make that decision sooner than later because Baker is up for a big-time extension. It is hard to find good QB play in the NFL, and the fact that Baker is good enough to get you to playoffs might be enough to get him a massive deal.

Is Baker the long-term answer? Out of the five quarterbacks selected in the first round of his draft class, Lamar Jackson is an MVP, Josh Allen took his team to AFC Championship and looks like a future MVP, Josh Rosen flamed out, and Sam Darnold is on his second team.

If you were the Browns would you consider moving on from Baker?

While you ponder that, flip the pages to see how his wife is defending him in the social media streets.

Prev1 of 8Next
In this article:Baker Mayfield, Browns, Emily mayfield, Headline, NFL