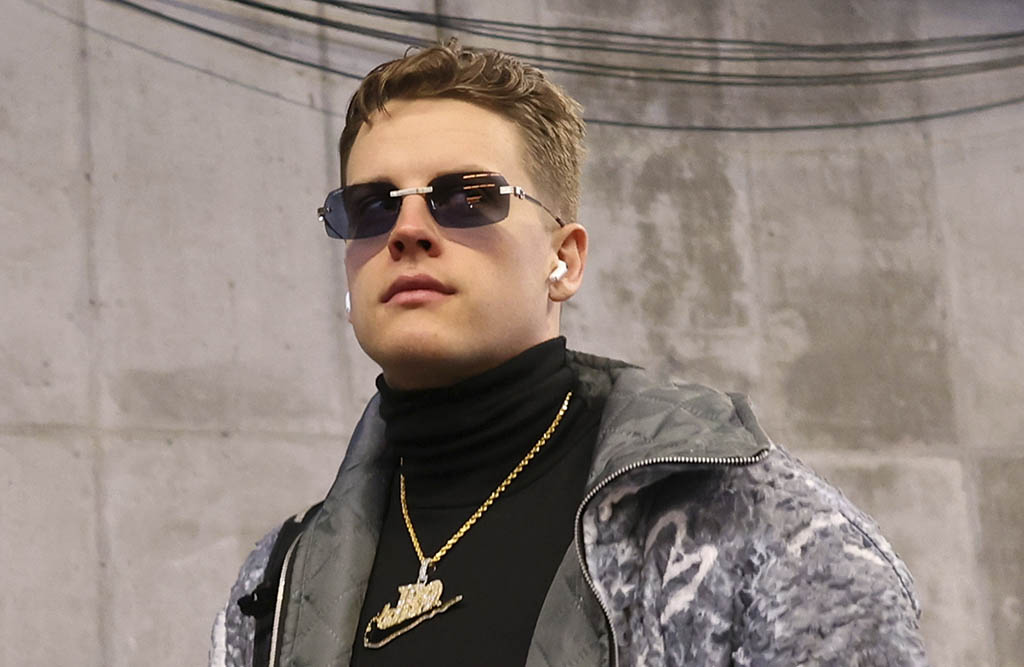 “Multiple sources that hooked up with a certain Super Bowl QB contender in college claim that his line was he “wanted to  be #1 on  the field and #1 in bed”.

Joe Burrow currently has a girlfriend and the above could be the reason why he’s so confident on the field. He’s got what both the fans and the women love.

Here is how Joe Burrow should celebrate if he wins a championship with Bengals according to the one and only Tom Brady.

Should Cincinnati take down the Los Angeles Rams in Super Bowl LVI, Burrow will become the first player to win a Heisman Trophy, a collegiate national championship and a Lombardi Trophy. That trifecta is tough to top, which is why Tom Brady joked the 25-year-old should ride off into the sunset if the Bengals come out on top at SoFi Stadium.

“Before we came on the air, Tom said something that gave me quite a chuckle and he probably didn’t want to say it because of the sensitivity around it but I can, I’ll repeat it for him,” Brady’s “Let’s Go!” co-host Jim Gray said on the podcast’s latest episode, as transcribed by Bengals.com. “He said, he hopes you are the first person to win the Heisman Trophy, a college football championship and a Super Bowl. He said if that happens, you should go out on top and retire.”

Burrow has a girlfriend now, so he needs to stay away from those IG models and focus on the game at hand.

Flip to the pages for the tea and Burrow with his lady.

Prev1 of 9Next
In this article:Headline, Joe Burrow