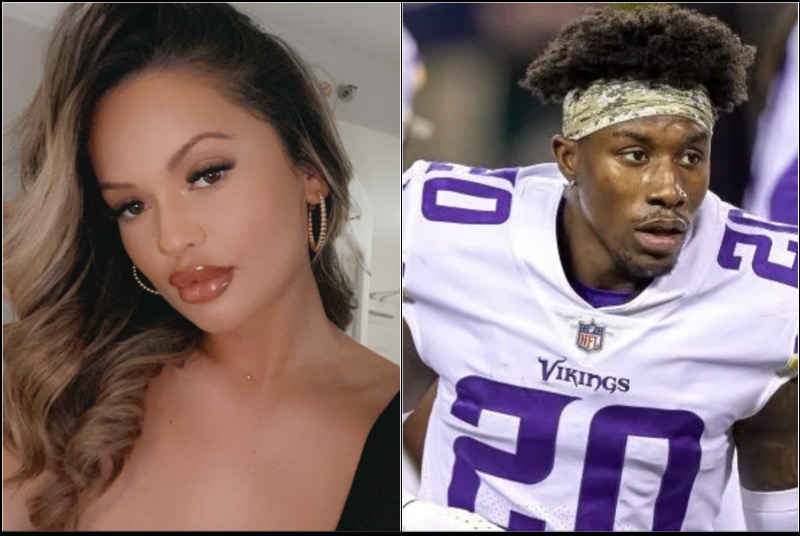 One security guy on Twitter named Joseph Lockett claims that he was right there when Jeff Gladney and his girlfriend  Mercedes Palacios got burned to death following the car crash. According to him, he did all he could to save them but nothing worked.

Jeff Gladney died in a car accident early Monday morning in Dallas. The cause of the crash and Gladney’s death remain under investigation.

However, a security guard was on the scene as it happened and knew that it was Gladney that had just passed away. He took to Twitter after the news and posted what he tried to do to save the NFL player and the girl that was with him.

Im the security guard who watched him die driving to fast…I watched this young man and his girlfriend burn in that g wagon..I want everyone to know i tried my best to get them out they were already gone ….They hit dat wall to hard …praying fa the families…rih..

“Aye bruh i tried my best i watched him hit dat wall bruh im praying for you and please do the same fa me im hurting just witnessing that it pains me fam cant sleep”.

Here is what to know about Jeff’s NFL history;

Gladney was a first-round draft pick by the Minnesota Vikings in 2020. The TCU product started 15 games his rookie season, collecting 81 total tackles, three passes defensed, and one forced fumble. However, he would be released by the Vikings following an indictment for felony assault ahead of the 2021 season.

“We are saddened by the tragic death of former Viking Jeff Gladney,” the Vikings said in a statement. “Our hearts go out to his family and friends, as well as the Arizona Cardinals organization and Jeff’s current and former teammates and coaches who are mourning his life lost much too soon.”

The Cardinals signed Gladney to a two-year contract this offseason after he was found not guilty in the domestic violence case.

Flip to the next page for the security guard’s tweet, video of car crash and photos of Ms. Andrea Mercedes Palacios.

Prev1 of 7Next
In this article:Headline, Jeff Gladney, Joseph Lockett, Mercedes Palacios