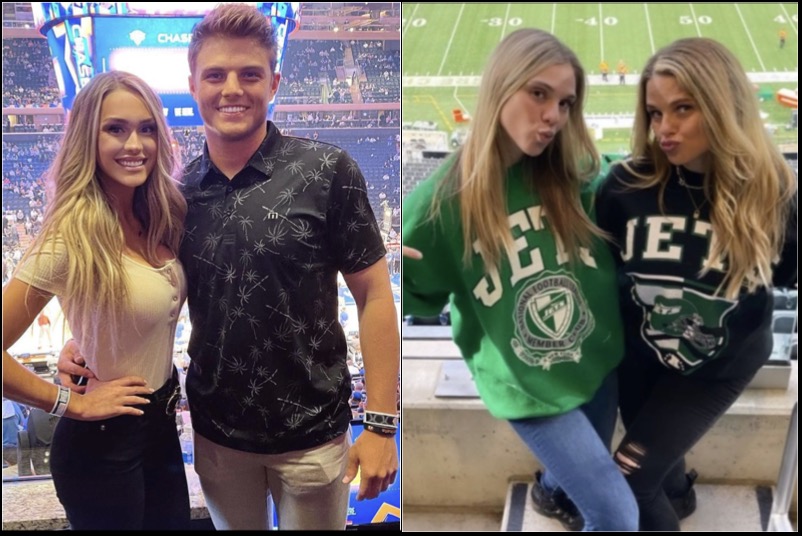 Zack Wilson’s ex-girlfriend Abbey Gile after spilling the tea that he slept with his mom’s best friend is here to add more fire to the drama if that is even possible.

Wilson has moved on with a new lady, and it appears that Abby has as well, but there is a plot twist. Abby is dating Wilson’s best friend and former roommate at BYU, Washington Commanders WR Dax Milne.

But there was a DOUBLE plot twist when it was revealed that Wilson cheated on her by sleeping with his mom’s Lisa best friend.

I kid you not.

Zach Wilson scrubbed his old girlfriend, Abbey Gile, from his Instagram account earlier this year. In return, she has now scrubbed one of his best friends from his life.

Fans immediately took to her Instagram and blasted her on her latest picture.

One person called her a ‘homie hopper’ and Gile fired back by exposing that Wilson slept with his mom’s best friend.

According to her, Zack broke all the codes before she proceeded to date his best friend.

The New York jets quarterback has gained a ton of fans this week after his ex-girlfriend, Abbey Gile, took to Instagram and exposed him for sleeping with his mom’s best friend.

Before Abbey deleted her Instagram, she had some things to say in the comment section as people trolled her for dating his best friend.

She then added way more information of Wilson breaking every code in the book when she said:

“yall not bouta come on here and shame my girl for movin tha fck on ole boy had tha dirtiest ding a ling. he wasn’t abiding to no fckin code. not tha BYU code , not tha loyalty code , nothin.

SO SHUT THA FCC UPPPPPPP YALL SOUND MAD COS SHE DIDNT CHOOSE U , MOVE AROUND.”

Gile loved every minute of it as she laughed at it in response.

Flip to the next page for the latest allegations and some thirst traps of Abbey Gile.

Prev1 of 5Next
In this article:Abbey Gile, Headline, Zack Wilson