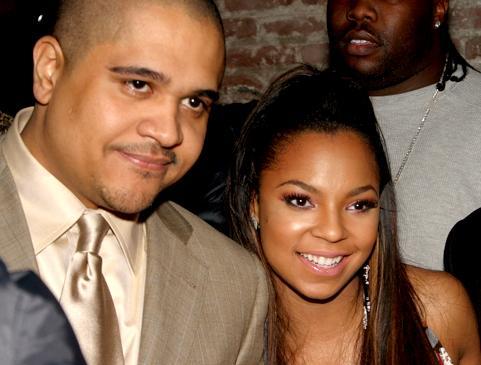 Irv Gotti claims that Ashanti and Nelly’s relationship blinded him and broke his heart while still married to his wife. Gotti made this known in a recent interview on Drink Champs via TJB;

Music exec Irv Gotti is being called out by fans after recently speaking about his alleged previous romantic relationship with Ashanti.

The Murder Inc. Records co-founder joined N.O.R.E. for an upcoming episode of Drink Champs, where he discussed surprisingly finding out that Ashanti and Nelly were an item. According to Irv Gotti, born Irving Domingo Lorenzo Jr., he was in love with his label artist at the time he discovered she became romantically involved with the Country Grammar rap star. However fans point out the 52-year-old producer was seemingly still married at the time of reference.

During the interview promo clip, Gotti began speaking on the “Foolish” singer, stating:

“I can get past you wanting to be with Nelly”.

To which N.O.R.E. laughed and quickly rebutted:

“Sounds like you didn’t get past that, just to be honest”.

“At the time it happens, any man….is hurt. The chick you, f*cking are in love with, is with this n*gga. You wanna know how I found out?”

The famed producer continued, revealing that an NBA game he happened to be watching suddenly pictured Nelly with Ashanti on his arm. He stated:

“Listen to this, it was God wanted me to find out….I was at home. NBA package, I like watching sports. ‘Oh my God what’s this commotion going on in stadium?! We just found out what the commotion is. Nelly has walked in with Ashanti’.”

This may explain why Gotti hasn’t given Ashanti her masters back. It is obvious he still some type of way decades later. You can see the hurt in his eyes while he tells the story.

I wonder what his wife thinks about his revelation?

Flip to the next page to watch the clip it is sort of sad.

Prev1 of 4Next
In this article:Ashanti, Headline, Irv Gotti, Nelly